BICKNELL YOUNG was healed through Christian Science in 1890 when he was at the height of his musical career. He and his wife soon joined First Church of Christ, Scientist, Chicago, where Bicknell became a soloist. After Primary class instruction in 1895, he gave up his profession for the full-time practice of Christian Science. In 1902, after attending Normal class, Mr. Young became a Christian Science teacher. He was appointed to the Christian Science Board of Lectureship the following year, and served as a lecturer for some 26 years. In 1907, he lectured in the Albert Hall, London, to an audience of several thousand, and traveled the next year to Australia. From 1909 until 1913, he was a lecturer, teacher, and practitioner in England — returning briefly to the United States in 1910 to teach the Normal class under the Christian Science Board of Education. Bicknell Young was First Reader of The Mother Church from 1917 to 1920 and, on completion of his term, again became a lecturer. In 1937, he taught another Normal class. 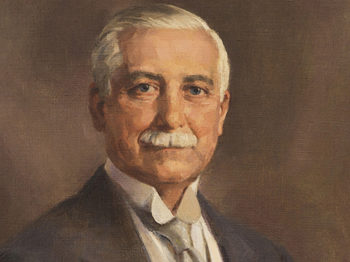