Before you read this story, you might like to print out the activity sheet that you will find here.

How do you and your family celebrate the Fourth of July? Do you have a cookout, go to a parade, or watch fireworks? Have you ever wondered whether the ways you celebrate are similar to the ways Mary Baker Eddy did?

Of course, July 4, 1776, was the historic day when the American colonies claimed their freedom from Great Britain by signing the Declaration of Independence. That’s why we celebrate the Fourth of July and sometimes call it Independence Day.

Independence is another word for freedom, and freedom was very important to Mary Baker Eddy. She celebrated Independence Day many times throughout her life. 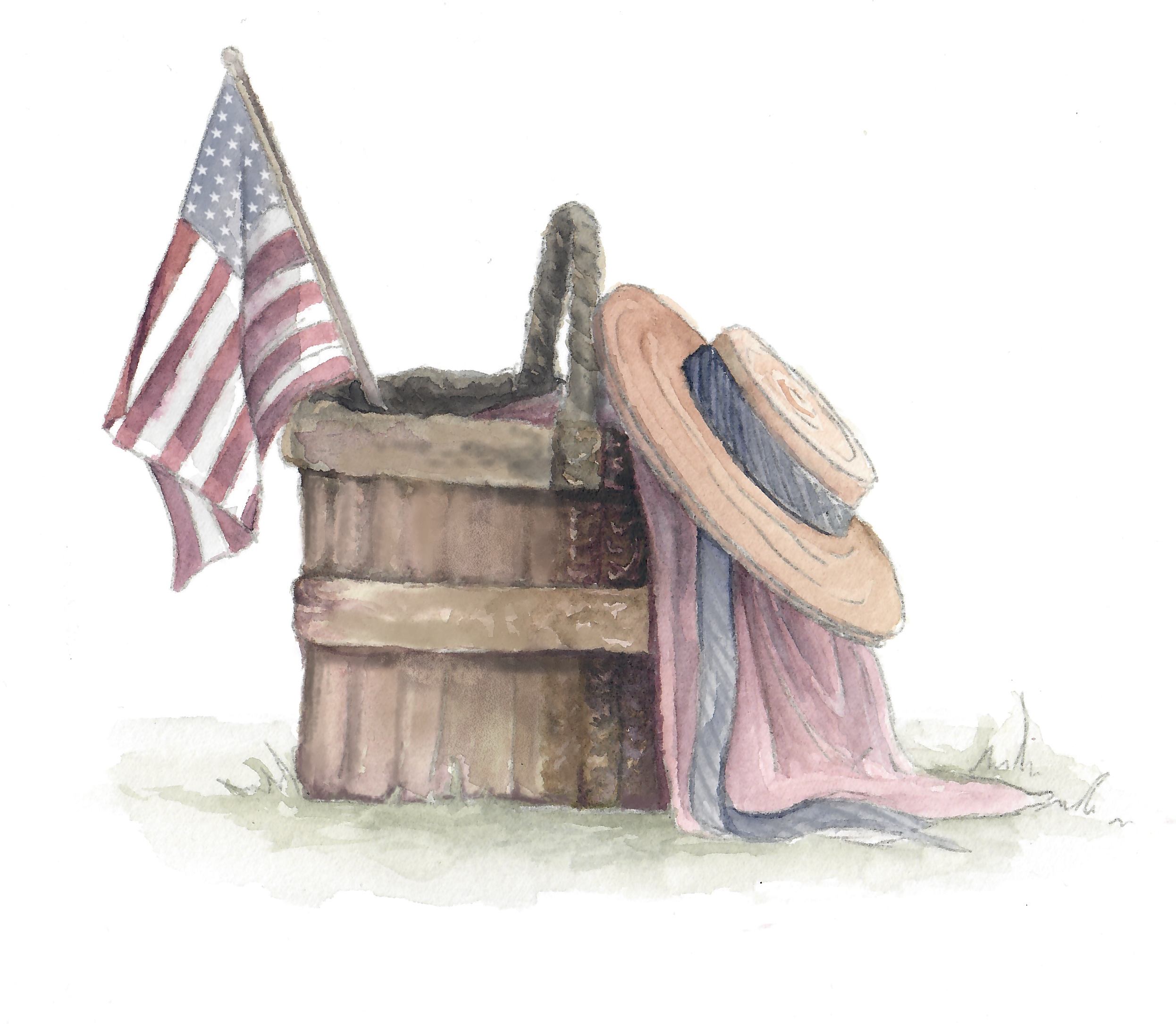 For example, in 1864, Mrs. Eddy attended a Fourth of July concert in Lynn, Massachusetts where she lived at the time. She wrote a review of the concert in the town newspaper:

Her article went on to describe the festive decorations on the stage, including plants and American flags. She observed that many times during the concert a “rocket” went off. Rockets were what they called certain types of fireworks back then.

Another year, Mrs. Eddy baked a cake for a Fourth of July celebration in honor of soldiers who had come home from the Civil War. It looked like a beautiful sculpture, so the soldiers were in for a big surprise when they found out it was actually a cake!

The word “emancipation”—which means setting someone free—was painted on the cake stand, Mrs. Eddy later remembered, and on the top of the cake were the words “God” and “liberty.” “I painted a little American flag that floated over a kneeling model of [little] Samuel,” she said.2 (Do you remember the story of Samuel, the boy who heard God’s voice calling him, in the Bible? You can find it in I Samuel 3.) 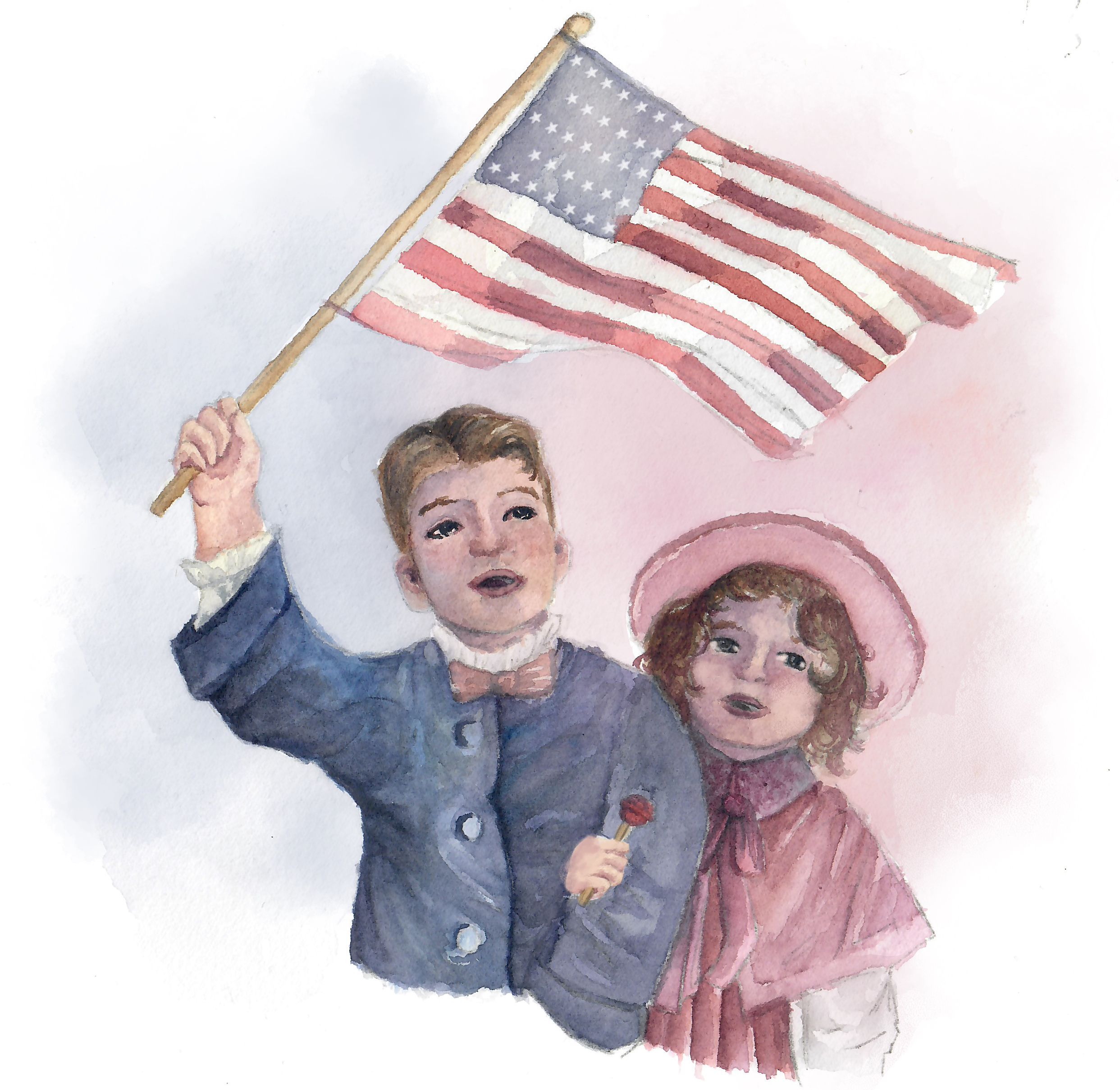 Several years later, just as Mrs. Eddy was writing Science and Health with Key to the Scriptures, the Fourth of July was one of the most celebrated holidays in America. Some kids said it was even more exciting than Christmas!3 This was especially true during the centennial celebrations of July 4, 1876. A “centennial” is a 100-year anniversary, and you can imagine how exciting it was to celebrate 100 years of freedom since the signing of the Declaration of Independence!

That day, many towns around the country hosted festive parades. In Concord, New Hampshire, just about six miles from Mrs. Eddy’s childhood home in Bow, there were two parades totaling three miles long! The first one was called a calithumpian parade, a common word back then that meant it was silly and goofy and loud. It was filled with people dressed up in funny costumes, some with masks, clowning around.4

In many towns across the country, church bells rang at certain times throughout the day. Families pulled picnics out of wagons and carriages in town squares at noontime and listened to concerts, political speeches, and the reading of the Declaration of Independence. They said prayers and sang hymns. Often children were allowed to spend a few pennies to buy a refreshing glass of lemonade, or gingerbread or candy. 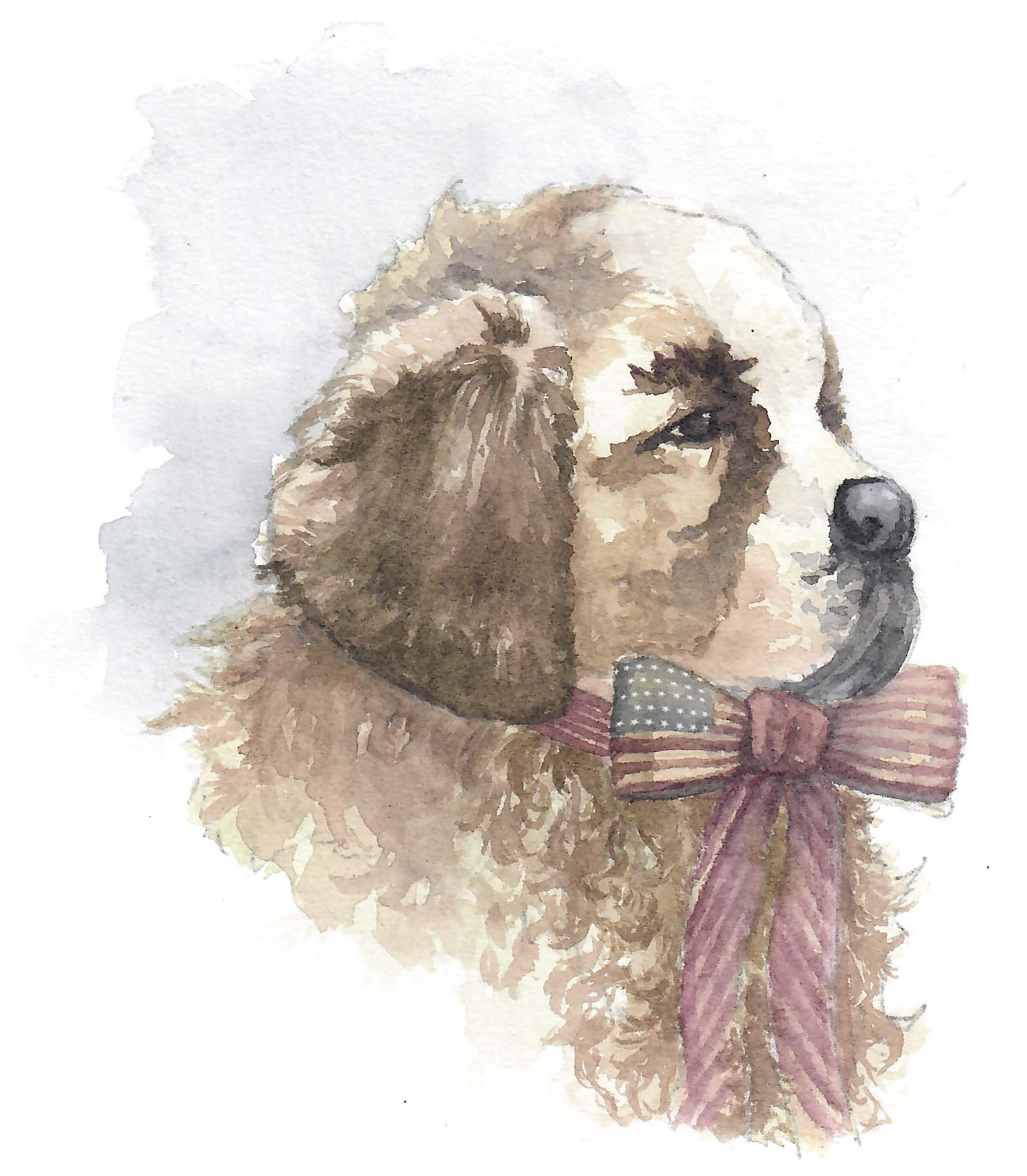 In Concord, another parade marched through town after lunch, with seven carriages of schoolchildren. There were brass bands and drums, too, along with fire companies, floats with scenes of early America, and even a working printing press rolling down the street! There were also people from different trades and shops, like soapmakers and stone cutters and jewelers. Can you imagine seeing 37 butchers walking down the street in their white aprons?!5

Across America on that day, and on many Fourths of July afterward, there were patriotic songs, reenactments of battles, toasts to the Constitution and to freedom, and a night capped off by fireworks, firecrackers, and more canons.

One of the most famous Fourth of July celebrations in the Christian Science movement was over 20 years after these centennial celebrations. About 2,500 people dressed in their best Sunday clothes came by Mrs. Eddy’s invitation to her Pleasant View home in Concord, New Hampshire, on July 5, 1897.

The children who were present remember quenching their thirst on that hot day with sweet lemonade.6

Local politicians and men who had fought in the Civil War gave speeches about the meaning of Independence Day. But the most important speech of the day was the one given by Mrs. Eddy, who spoke from a platform under the shadow of her home’s overhanging roof. She wore a purple silk dress, a diamond cross, and a ruby red pin from the Daughters of the American Revolution, a group of women whose ancestors fought for the freedom of the United States. 7

Mrs. Eddy started out with a message for the many Christian Scientists who had come to see her, some from thousands of miles away: “… my hand may not touch yours to-day, but my heart will, with tenderness untalkable.”8 In other words, she was telling them that she loved them! And then she spoke about the importance of freedom:

“To-day we commemorate not only our nation’s civil and religious freedom, but a greater even, the liberty of the sons of God….”9

The crowd gathered at her home wasn’t just celebrating the independence of the United States,or the fact that Americans can practice whatever religion they choose, Mrs. Eddy said. She was reminding them of something far more important: that God made each of His children free. That means free to feel God’s love and know His care, free to be healthy and joyful, free to think and do what is right. She even talked about being free to follow Jesus’ example, to heal as he did. Now that’s something to celebrate!