JANETTE E. WELLER, or Janette Robinson (as she was then known), of Littleton, New Hampshire, had Primary class instruction from Mrs. Eddy in 1884 and studied with her again three years later. In April 1889, her name appeared as a practitioner in The Christian Science Journal, and the next month she attended the Normal class at the Massachusetts Metaphysical College. By April 1891, she was doing pioneering work in Spokane, Washington, where she remained for about two years before returning to Littleton. Mrs. Eddy soon called her to Boston, where she was listed in the Journal as Mrs. J. E. Weller, her advertisement stating, “Inquiry meeting, 7 to 9 Monday evening.” Late in 1896, Mrs. Eddy asked Mrs. Weller to come to Pleasant View to assist her for a short period. After leaving Pleasant View, Janet Weller continued to serve the Cause of Christian Science through her healing work. 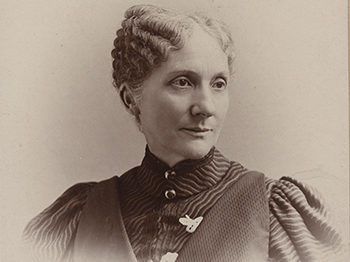