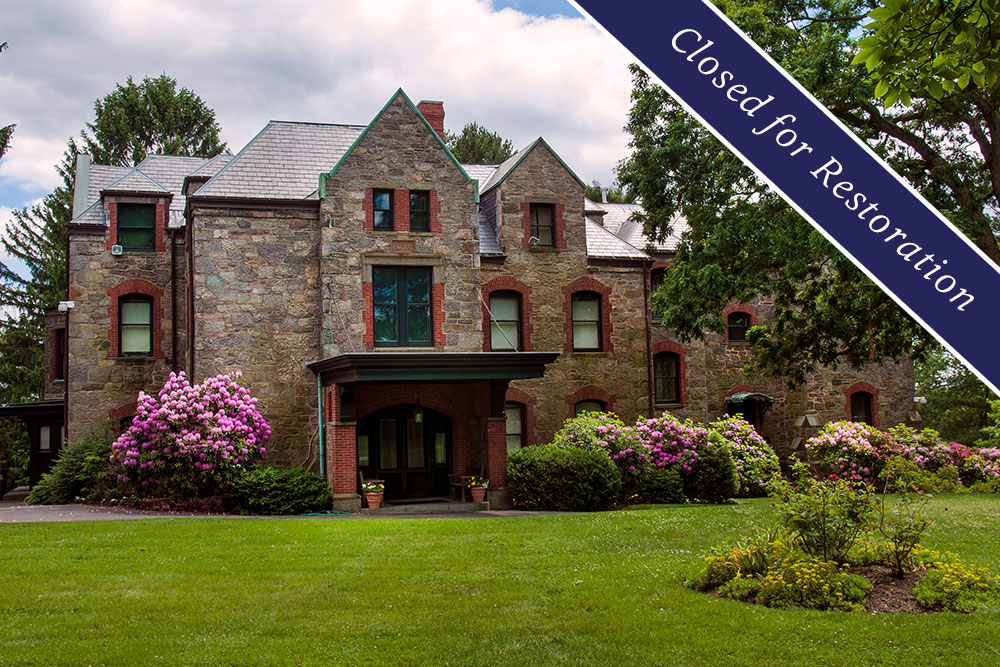 Mrs. Eddy had been ensconced at Pleasant View for over fifteen years when she made her move back to the Boston area. In January 1908 she and her household staff took up residence here at 400 Beacon Street. Her home was a center of activity for the Christian Science movement, and reflected her role as its Leader.

The second-floor study here closely mirrors her former work space at Pleasant View, with her desk surrounded by a bay of windows looking out onto the trees and plantings. From this study in July 1908, just months after arriving here, Mrs. Eddy directed the officers of her church to immediately set about publishing a daily newspaper. And three months later, on November 25, 1908, this is where she opened the first issue of The Christian Science Monitor.

This would be Mrs. Eddy’s final home. She passed away here in her ninetieth year, on December 3, 1910.

The original house was built circa 1880, designed by the prestigious Boston firm of Peabody and Stearns. Mrs. Eddy, the third owner of the property, purchased it in 1907. She had it extensively remodeled under the supervision of Chicago architect Solon S. Beman, who had collaborated on The Mother Church Extension. The house was expanded to accommodate her growing staff that ranged from fourteen to twenty-four people.

Through generous donations, Longyear Museum purchased the house and some of its furnishings from The First Church of Christ, Scientist, in 2006. Repairs and preservation are underway. Tours through the largely unfurnished rooms make use of historic photos depicting the home where Mrs. Eddy and her staff lived and worked.

For updates, please visit the 400 Beacon Street Restoration page on this website.