Are you getting ready to go back to school?

Have you made your ink?

That’s what you’d be doing in the 1800s, when Mary Baker Eddy was in school!

They made it by soaking swamp maple bark, then boiling it till it was thick enough.1

There were stores then, but they didn’t carry binders, dividers, binder paper, or markers. Students didn’t use them. 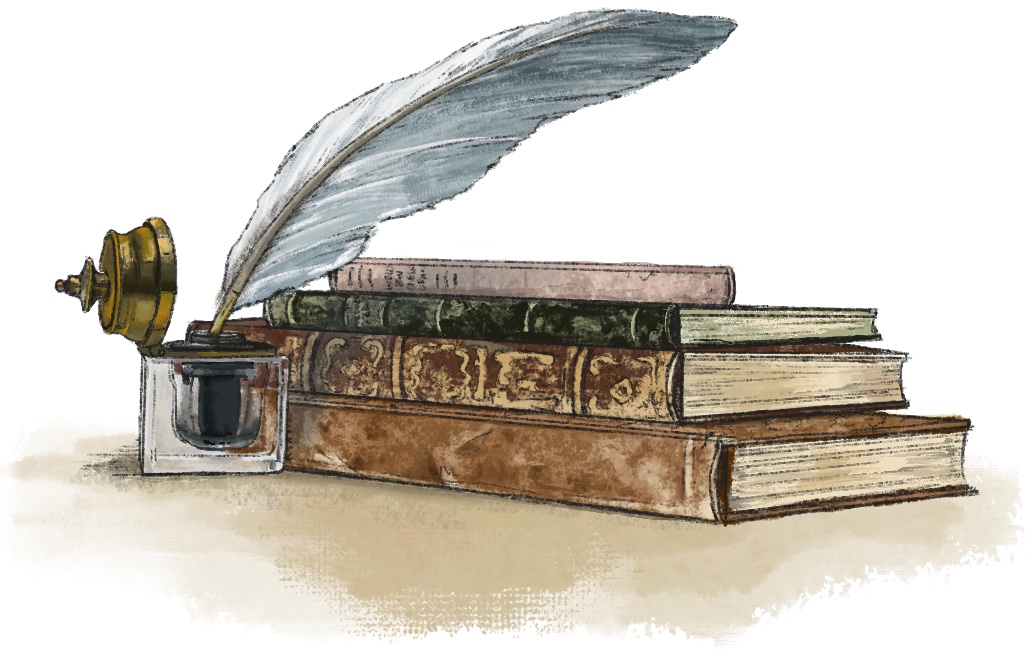 Kids wrote with a quill pen. They would sharpen a goose feather with a pen knife to make a point that wrote well. They could get help from a big brother or sister, or perhaps the schoolmaster. Mary Baker, as Mrs. Eddy was known in her school days, had plenty of big sisters and brothers to help her: Samuel, Albert, George, Abigail, and Martha. They also handed down their schoolbooks because books were expensive.

At Longyear Museum, you can see some of the Baker children’s books. Samuel and Mary both wrote their names in The Columbian Orator, which taught how to recite poetry or speeches. Speaking in public was important before there were smart phones and social media. George, Samuel, and Mary also worked from The Scholar’s Arithmetic. English Grammar, and English Reader, by Lindley Murray, were familiar to all the Baker children, too.2

The state of New Hampshire passed a law in 1805 for towns to create school districts and raise money for the upkeep of schoolhouses.3 In Bow, New Hampshire, the Baker children went to a one-room schoolhouse, the District No. 3 school, rebuilt in 1820 using a plan made by Mary’s father, Mark Baker.4

In summer, girls and young boys went to school for eight to 10 weeks. Bigger boys helped with farming. In winter, everyone went for 10 to 12 weeks.5 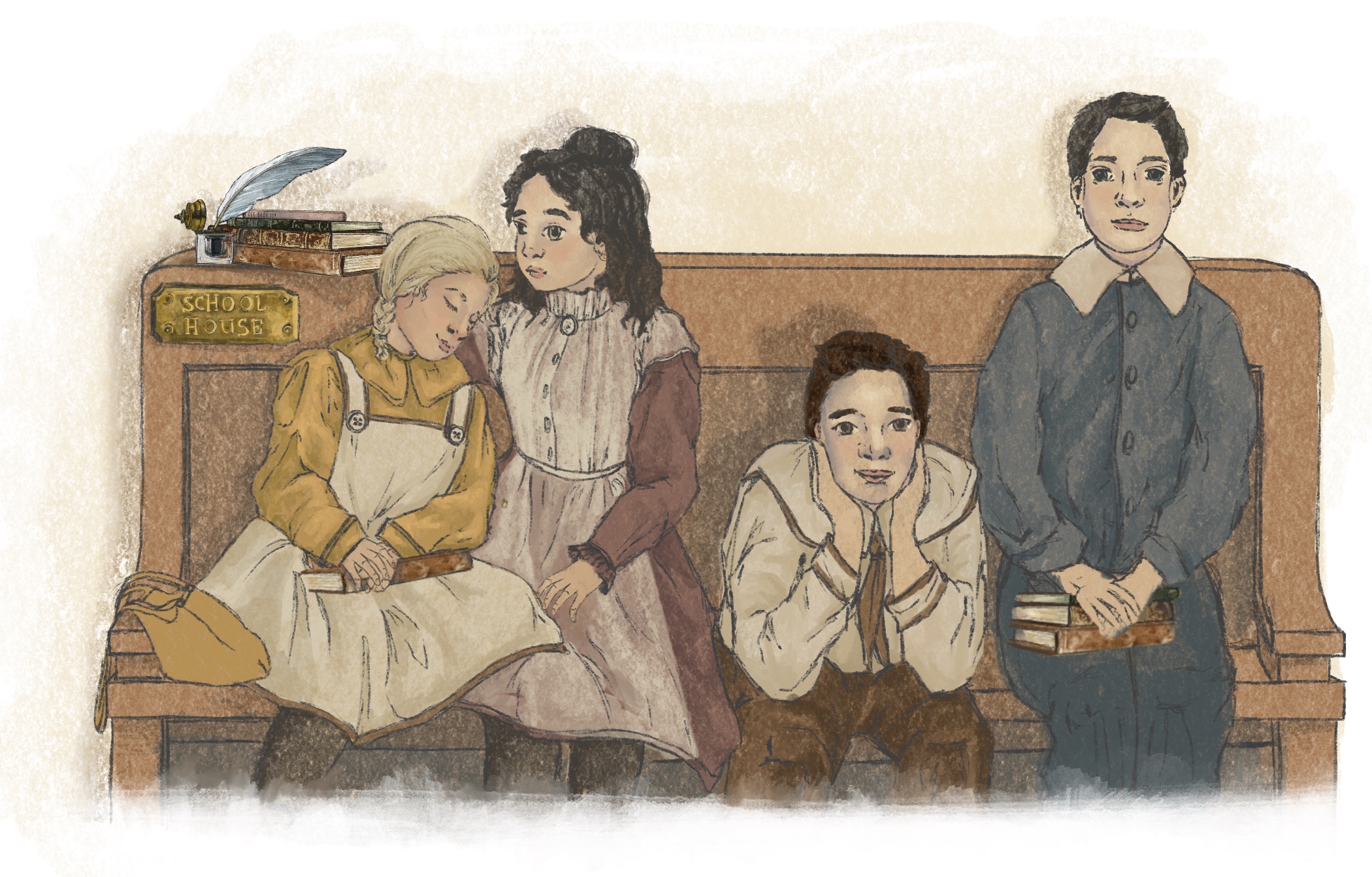 The schools were heated by fireplaces or woodstoves. Families provided firewood as part of their school taxes. A boy had the job of starting the fire before school. He had to put the inkpots near the fire. It was so cold, the ink froze!6 Everyone piled into the schoolhouse, from four-year-olds to big teenagers. They sat on hard benches during the six-hour school day. Near the fire it was too hot and in the back of the room, too cold.

Wind whistled in through cracks in the walls or broken windows. Horace Mann, secretary of the Massachusetts Board of Education, found one schoolhouse that would have blown away in a storm if there hadn’t been trees around it to protect it. “Already aware of the danger, the mice have forsaken it, the committee can well attest, for they saw them on the move at their visit to the school,” he joked. 7

In spite of all this, many excellent scholars went through the New England schools, including Mary Baker Eddy. Even as a young girl, she wrote poems that were published in newspapers.

Are you glad you go to a nice warm 21st-century school with desks instead of benches, and maybe fewer mice? You might envy 19th-century snow days, though. Instead of snowplows driving through the storm, they “broke out” the roads with sleds. Farmers harnessed oxen and chained a log or board sideways between the runners, to flatten the snow. They went from farm to farm. While the oxen rested, farmers socialized and kids threw snowballs. When at last they got to town, they cleared a road to the schoolhouse.8  Until then, school was closed.

The Baker family moved from the small town of Bow to larger Sanbornton Bridge in 1836. There were private schools there, called academies, where Mary and her sisters went.9

Sarah Jane Bodwell was one of Mary’s favorite teachers. “It was a most thorough drill which we received in correctness and careful training not excelled by our excellent colleges today,” Mary later told her friend Irving Tomlinson. Students had to write an essay every week. Sometimes she wrote her essay during the school day. Miss Bodwell was impressed, Mrs. Eddy recalled. “… She would say, ‘Mary, you will some day be a distinguished author.”10

Miss Bodwell was right about Mary! After she discovered Christian Science, she wrote Science and Health with Key to the Scriptures and many other books and poems. Maybe you have read some of them?