HERBERT W. BECK grew up in Oakland, California, and graduated from the University of California. He became interested in Christian Science after his father was healed in 1887, and several years later he himself was healed of tuberculosis. Over the next two decades, Herbert dedicated himself to the Cause of Christian Science. He joined The Mother Church in 1899, and in 1902 resigned his position as Secretary-Director of the Pacific Coast Borax Company to devote himself to the full-time public practice of Christian Science. In 1903, he had Primary class instruction with Dr. Francis J. Fluno, one of Mrs. Eddy’s students. During World War I, Mr. Beck served as a Chaplain in the United States Army, one of the very first Christian Scientists to do so. From 1920 to 1926, he assisted Clifford P. Smith, Manager of the Committees on Publication in Boston. After Normal class in 1925, Mr. Beck returned to Oakland to continue his practice and to begin teaching Christian Science. He served as Committee on Publication for Northern California, and in 1940 returned to Boston to become Manager of the Committees on Publication. Herbert Beck was appointed to the Christian Science Board of Lectureship in 1942. 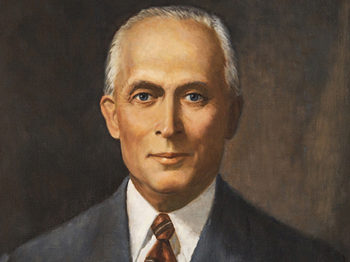