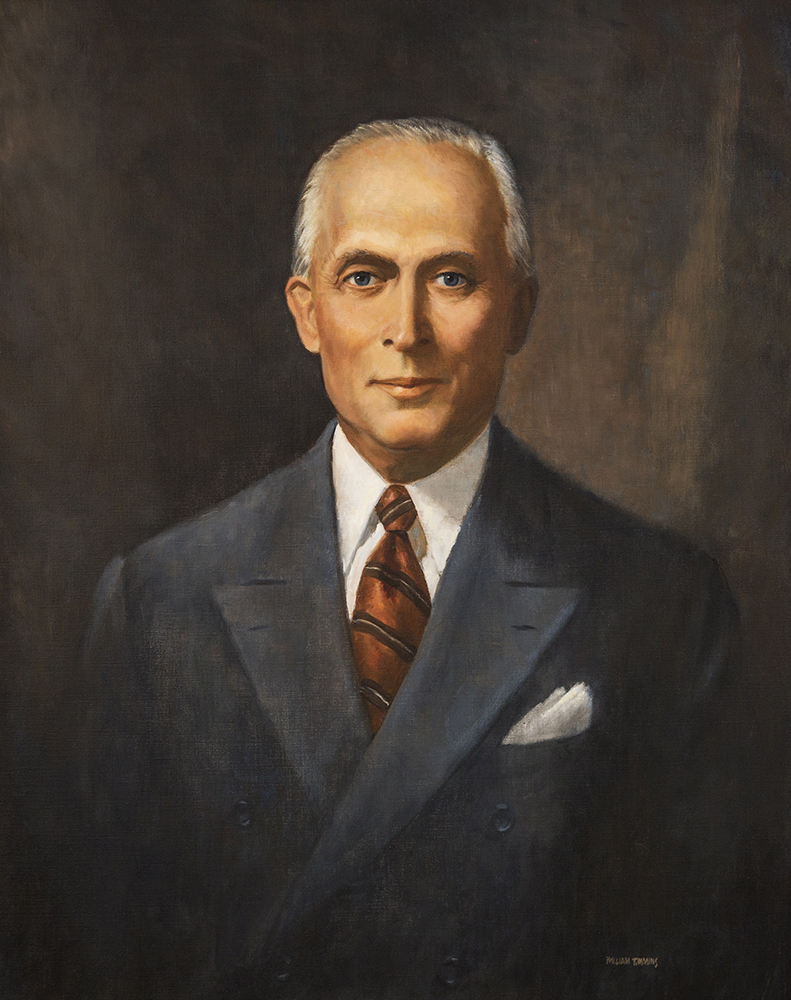 In the Christian Science Sentinel of August 7, 1902, there appeared a letter from an inmate at California’s notorious San Quentin prison telling of such a remarkable case of healing and redemption, one can only want more of the story that lay behind it.

The letter was addressed to a “Mr. Beck,” and said:

Let me thank you and the ladies who came to the Oakland jail and brought to me the message of Love. I shall never forget them, for I was in a sad condition…. I was sick both in body and mind, full of malice and hate…. I had been in that condition a great many years and could not see how blind I was.

One day it was said in conversation that in Christian Science we love all men, and if I wanted to be a well man I must forgive all whom I had hated…. I began to read [Science and Health with Key to the Scriptures, by Mary Baker Eddy], but it was so hard to understand that I threw it down. I took it up again, however, and became so interested in it that I read it through.

Then I could see what a mistake I had made all my life. I began to have a liking for the Bible…. Through Christian Science I saw God to be Life, Truth, and Love…. All the old things have passed away…. Though inside these walls I am not hindered from being near my God, who imparts a peace of mind that no one can take from me. Even in my lonely cell I am joyful and pass my time in reading the Bible, Science and Health, and also the Sentinel.1

The prisoner’s name was Robert Bishop. The recipient of his letter was Herbert W. Beck, a Christian Science practitioner from Oakland, California, who was a member of the “jail committee” from Second Church of Christ, Scientist, Oakland, who had visited Bishop and other inmates regularly and held church services for them.

But there is more to the story! About two years later, in June 1904, Mr. Beck wrote to Mary Baker Eddy – the Discoverer, Founder, and Leader of Christian Science – mentioning Bishop’s letter. His reason: to share more of the story with her, especially the gratitude and appreciation that continued to be expressed by Bishop for Mrs. Eddy and Science and Health.2

By this time Bishop had been released from prison on parole, and become a member of Second Church, Oakland – the church whose members had so faithfully visited him while he was incarcerated. At a Wednesday evening testimony meeting he shared an incident that Beck felt Mrs. Eddy would be interested in hearing. In Beck’s words:

The discipline in [prison] is very strict, and the courage expressed by Mr. Bishop spoke of a love for you [Mrs. Eddy] and a forgetfulness of self. One Sunday morning the chaplain of the prison had you [Mrs. Eddy] as the subject … and so belittled your character and told so many self-evident falsehoods as to your life that Mr. Bishop could not stand [it] … rose to his feet amid the prisoners … told the chaplain very plainly that he was not telling the truth about you, and that he knew the remarks were false because he himself was a Christian Scientist. [He] was ordered taken into custody by the guards, and he wisely sat down. Divine Love so met his human need that he was not found … he would have been put in the straight jacket for his breach of discipline…. Nothing more was said at that time nor afterwards about you. For this action he was styled ‘The Christian Science man’.

Beck continued his letter to Mrs. Eddy by sharing a follow-up to this incident, which was equally compelling. It seems that sometime later several of Mrs. Eddy’s books were sent to Mr. Bishop. As it was customary to remove all book covers before handing out books to inmates (due to the possible smuggling of drugs), the warden sent for Bishop to let him know this would be happening. Although Bishop was reluctant to let the books be marred in this way, there was such urgent need to share them with other inmates that he consented.

Bishop then took the coverless books to the chaplain to have them bound – the same fellow who had so fervently and unfairly denounced Mrs. Eddy. The chaplain recognized Bishop and apologized for his unseemly remarks, finding out after making them how wrong he had been. When he saw that the books were authored by Mrs. Eddy, he ordered that the best bindings be put on them. AND – he was the first to borrow them when they were placed in the prison library!

It seems fitting here to share a bit more about Herbert W. Beck,3 who played such a vital role in this story. And oddly enough, there are two Herbert Becks that rose in the ranks of the early Christian Science movement, both becoming C.S.B.’s – teachers of Christian Science. There was also a Herbert M. Beck, who was based in Fort Smith, Arkansas, for some time.

Herbert Wardle Beck was born around 1876 and raised in the San Francisco Bay area. When about eleven years old he saw his father healed in Christian Science. Herbert himself was healed of tuberculosis when he was about fourteen. He joined The Mother Church, The First Church of Christ, Scientist, when he was about twenty-three, and soon began writing articles for the Christian Science periodicals.

Still a young man, he held an important position in the Pacific Coast Borax Company when he resigned in 1902 to devote full time to the public practice of Christian Science healing. He also married in 1902, and had Primary class instruction from Dr. Francis J. Fluno in 1903. During World War I he was appointed a Chaplain in the United States Army.

After the war, he served in Boston in the offices of the Christian Science Committee on Publication, had Normal class taught by Emilie B. Hulin in 1925, and then returned to Oakland to continue his healing practice and begin teaching Christian Science.

Relative to his work among prison inmates as well as to his many years in the healing practice, he seems to have well demonstrated Mary Baker Eddy’s statement in Miscellaneous Writings, 275:

Father, we thank Thee that Thy light and Thy love reach earth, open the prison to them that are bound, console the innocent, and throw wide the gates of heaven.4

The title of this article is a paraphrase of a statement made by Mary Baker Eddy in Science and Health with Key to the Scriptures, 516.