ELLA W. HOAG of Toledo, Ohio, found herself in despair in 1887 over a physical condition which neither doctors at home nor abroad could diagnose. Following an unfruitful trip to consult with New York specialists, she was persuaded by a friend to try Christian Science. Ella read Science and Health eagerly, called on a practitioner, and was completely restored to health within three weeks. She had Primary class instruction with Mrs. Eddy in 1888 at the Massachusetts Metaphysical College, receiving the degree of C.S.B., and later received the degree C.S.D. from Mrs. Eddy. Mrs. Hoag became a practitioner and teacher, and from 1908 to early 1910 she served on and off in Mrs. Eddy’s Chestnut Hill home. In 1918, she was appointed to the Christian Science Board of Lectureship, and in 1919, made Associate Editor of the Christian Science periodicals. That same year, Ella Hoag taught the Normal class under the Board of Education. She was elected President of The Mother Church in 1927, the first woman to hold this position. 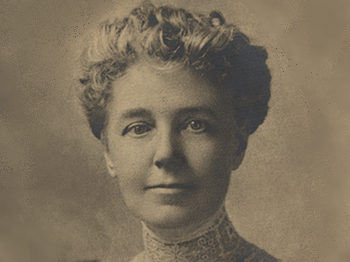