LAURA LATHROP was one of Mrs. Eddy’s early students from the Midwest. In 1855, after a life of “long and helpless invalidism,” she decided to try Christian Science, and was taken to Chicago for treatment where she was restored to health. In the fall of that year she went to Boston for class instruction with Mrs. Eddy at the Massachusetts Metaphysical College, and in 1886 she had Normal class with her, and later a third course. Mrs. Eddy sent Laura to New York City to start the work in that field, and for 26 years she practiced and taught there, helping to establish First Church of Christ, Scientist, New York, and, subsequently, Second Church of Christ, Scientist, New York. In 1899, Laura Lathrop was invited to serve as Treasurer of the Board of Education, inaugurated the previous year, alongside teachers Edward Kimball and Judge Septimus Hanna.  When her son, John Lathrop, was elected First Reader of The Mother Church in 1911, she moved with him to Boston, and after the completion of his Readership mother and son settled in Brookline, Massachusetts, where Laura continued to teach and to practice. 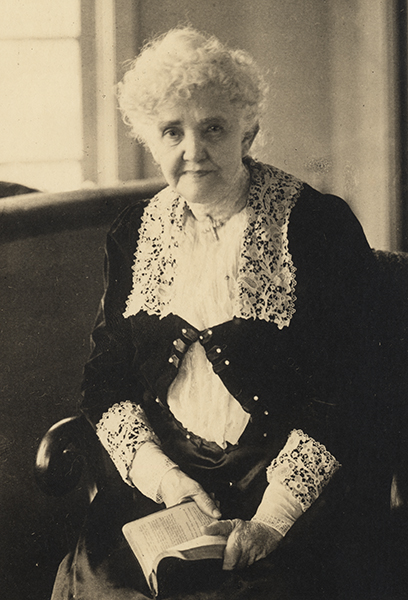 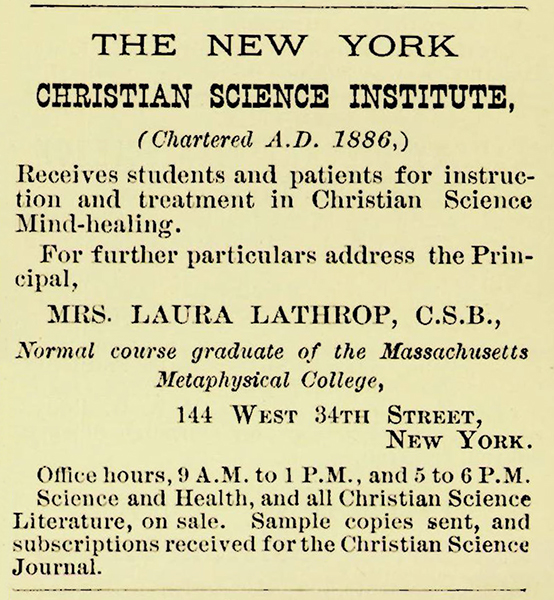 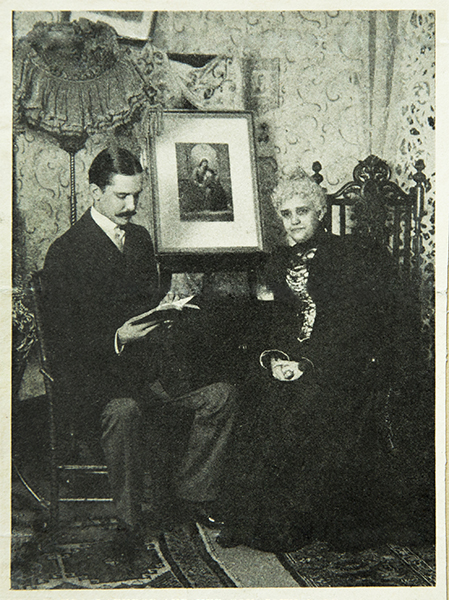