This article is part of our Longyear for Kids series, written with a younger audience in mind. See other articles in the series here.

To rise in the morning and drink in the view –

The home where I dwell in the vale,

The blossoms whose fragrance and charm ever new

Are scattered o’er hillside and dale . . .

This is the beginning of a poem titled “Resolutions for the Day” that Mary Baker Eddy wrote when she was growing up on a New Hampshire farm.1 Throughout her life, she loved writing poetry – and she loved flowers, too! They feature in a number of her poems, as well as in her prose. In her book Miscellaneous Writings 1883-1896, for instance, Mary describes flowers as “smiles of God,” and in Science and Health with Key to the Scriptures she calls them “hieroglyphs of Deity.”2 How would you describe flowers in your own words?

Sarah Clement, a little girl who attended the experimental kindergarten that Mary taught when she was in her twenties, lived next door to the Baker family in Sanbornton, New Hampshire. She often spotted her teacher working in her garden in the evening. Mary was “exceedingly fond of flowers,” according to Sarah, who recalled that she “always wore gloves with the fingertips cut off.” Once the flowers had bloomed, Mary would cut, arrange, press, date, and paste some of the beautiful blossoms into an album for remembrance.3

Some years later, when Mary was living in Lynn, Massachusetts, she grew calla lilies, morning glories, and moonflowers on her balcony.4 A lady who rented a portion of the house remembered that Mary often pinned flowers—perhaps from her very own garden—to her dresses.5

Mary was so often seen with flowers, in fact, after she moved to Concord, New Hampshire, two decades later, that children in the neighborhood began calling her “the flower lady.”6

At Pleasant View, her country farmhouse in Concord, New Hampshire, where she lived from 1892-1908, flowers abounded in gardens, in pots, and in vases. Nesting birds could be spotted hidden among the vines that climbed the clapboard walls. One of the prettiest features of the property was a beautiful gazebo, or “summerhouse,” as it was called. In the springtime it was “surrounded by a beautiful bed of pansies,” according to Mary’s friend Irving Tomlinson.7 And in the summer, roses clambered up its sides.

Minnie Weygandt, a cook at Pleasant View, loved to pick flowers from the “mass of color and fragrance” that filled several of the flower beds on the farm. She remembered the pansies as being particularly beautiful in the spring, describing them as “immensely velvety” and with “unusually long stems.”8

Mrs. Eddy admired many different flowers. She loved mayflowers and trailing arbutus, scarlet hawthorn and Japanese quince, and she was particularly fond of morning glories.9

“I love the symbol of the morning glory,” she said at one time, “with its bright promise of the coming of the light.”10

But her favorite flower of all was the pink rose. A pink Killarney rose, to be exact.11

Mrs. Eddy’s friends and workers knew she loved pink roses, and once when her friend Irving was in Boston for business, he visited an art exhibition of floral paintings. When he saw a beautiful painting of a pink rose, he bought it on the spot and brought it home to Mrs. Eddy. She loved the gift, and from then on it was displayed in the dining room.12

There were lots of roses growing at Pleasant View, of course, and Minnie Weygandt recalled venturing out to the garden and gathering basketfuls of fresh blooms, which she arranged into bouquets and brought to each room in the house.13

There were other flowers on the property as well, including lilies, sweet peas, alyssum, and hyacinths.14 And there were tulips! Handyman John Salchow remembered that the tulip beds were especially magnificent in the springtime, and that neighbors and townsfolk would come by to catch a glimpse of the bursting blooms. “Sometimes there were as many as three or four hundred people there during the day admiring the tulips,” he recalled.15

When Mrs. Eddy moved to 400 Beacon Street in Chestnut Hill, Massachusetts, in early 1908, those who prepared the new house for her did their best to make sure that it reflected her love of flowers. The wallpaper throughout the home, for instance, features colorful roses, brilliant tulips, delicate daffodils, and more!

As at Pleasant View, the gardens at 400 Beacon Street were well-tended and well-loved. Rhododendrons, azaleas, beautiful trees, and shrubs bloomed in the front and back yards, and there was a formal garden surrounded by boxwood. “The flowers bloomed so abundantly,” recalled groundskeeper Nelson Molway, “that the gardener cut fresh blooms every day and sent them up to the house.”16

It was while living in this home that Mrs. Eddy published a final book—a book of poetry that contained new verses and old. Not only would a poem within its pages have the title “Flowers,” but the very cover of the book spoke volumes about a symbol dear to her heart.

“Oh, you have put my pink roses on my poems,” she told her publisher with delight when she spotted the design on the front!17

Flowers clearly meant a great deal to Mrs. Eddy. She wrote about them a lot—over 60 times!—in Science and Health with Key to the Scriptures and her other published works. Here are just two examples:

“It is Love which paints the petal with myriad hues, glances in the warm sunbeam, arches the cloud with the bow of beauty, blazons the night with starry gems, and covers earth with loveliness.”18

To Mary Baker Eddy, the woman once known as “the flower lady,” the lovely blossoms she enjoyed so much weren’t just part of nature. To her, they had a deeper meaning, as their beauty pointed to God and hinted at His goodness.

Blue and pink flowers bask in the sunlight on the front yard of 400 Beacon Street. 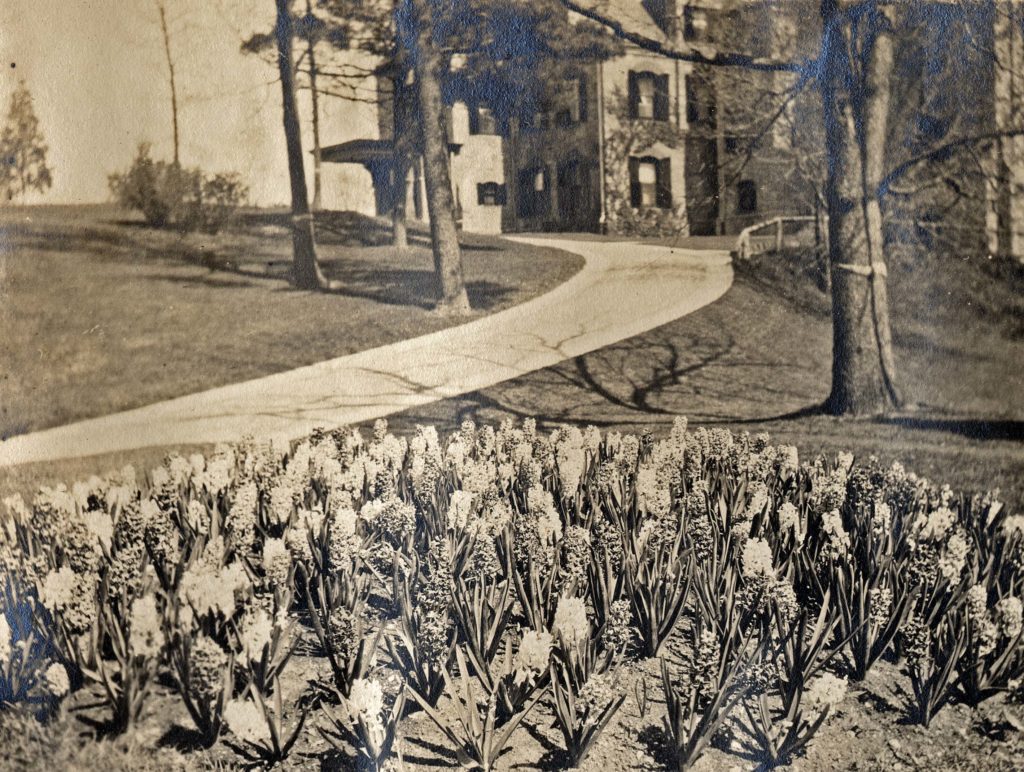 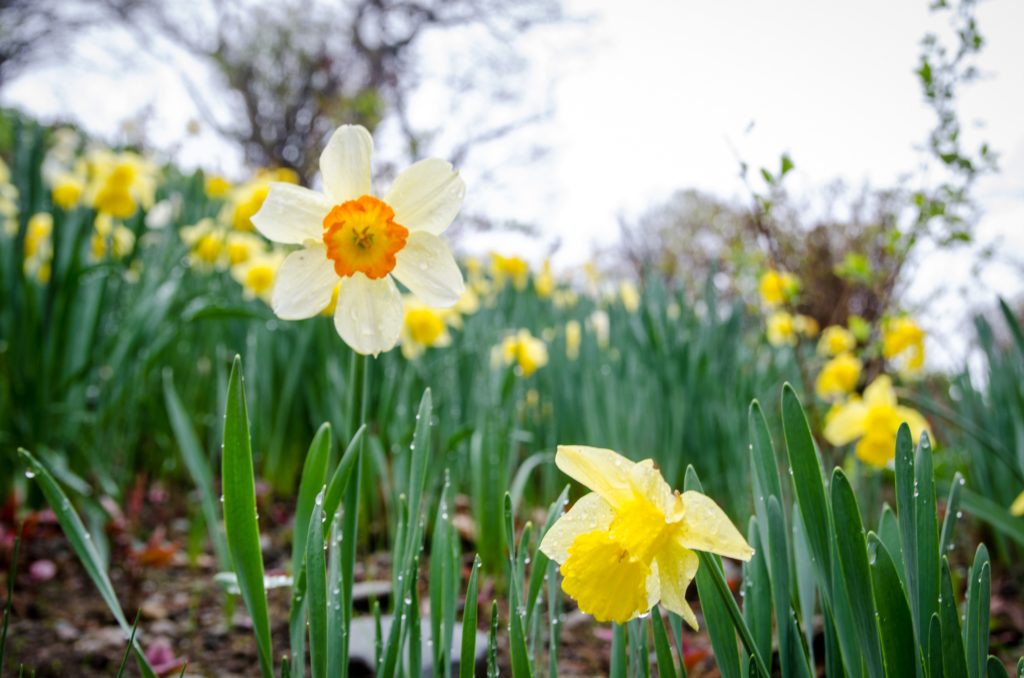 The brilliant daffodils on the lawn of 400 Beacon Street are grateful for the sprinkling raindrops! 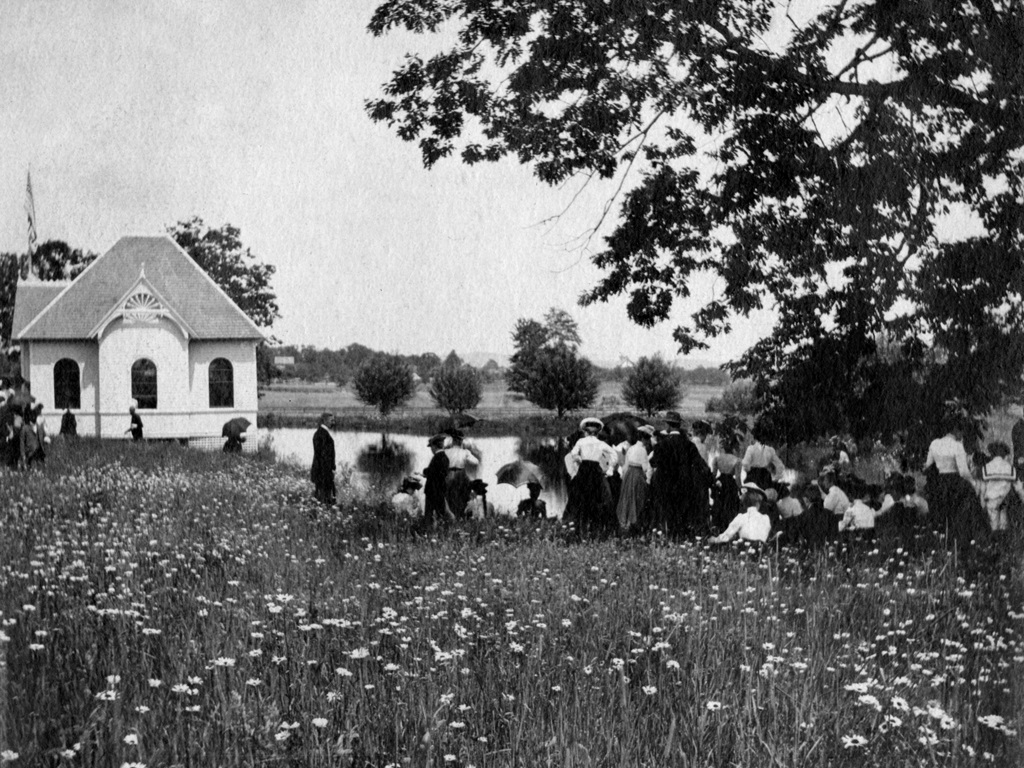 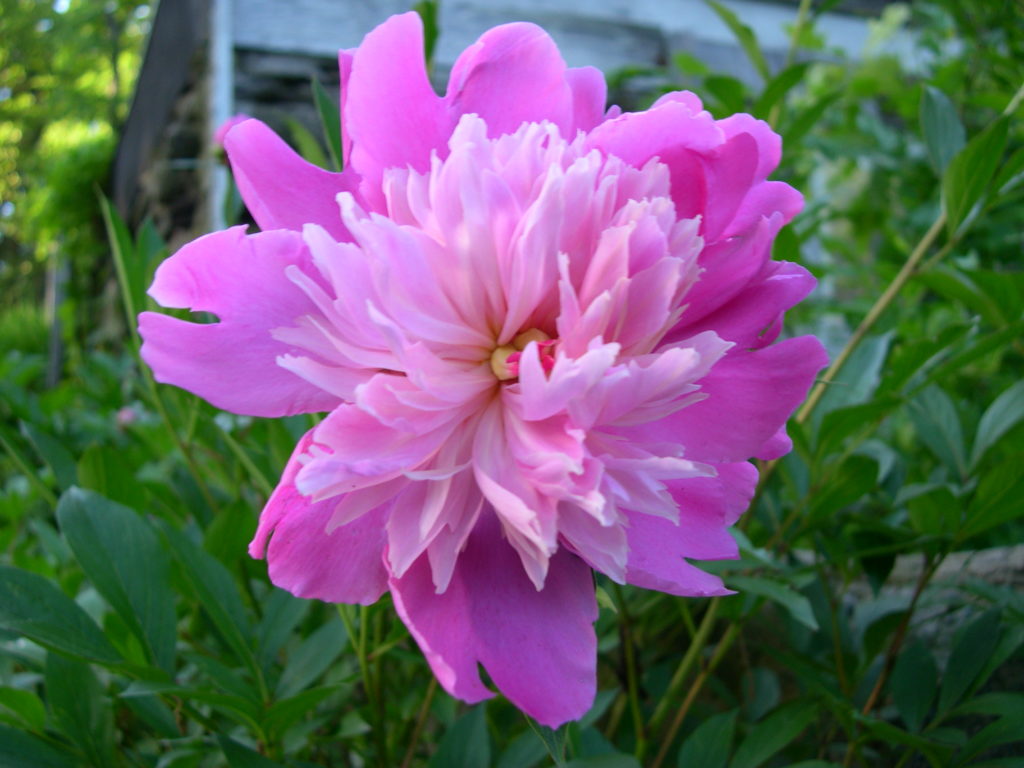 400 Beacon Street is filled with pink flowers like this one. 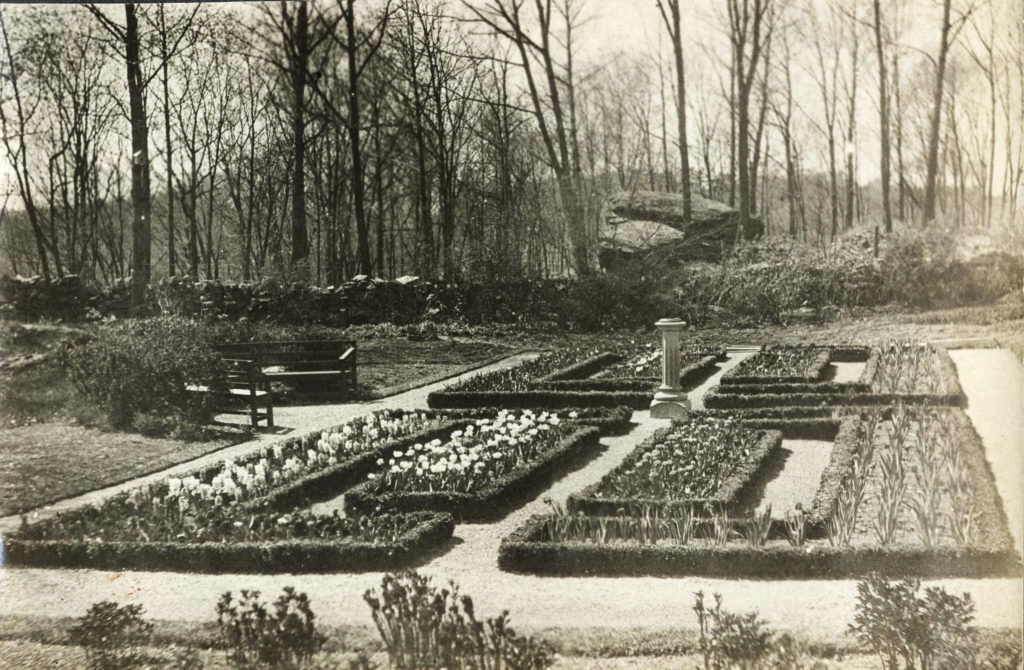 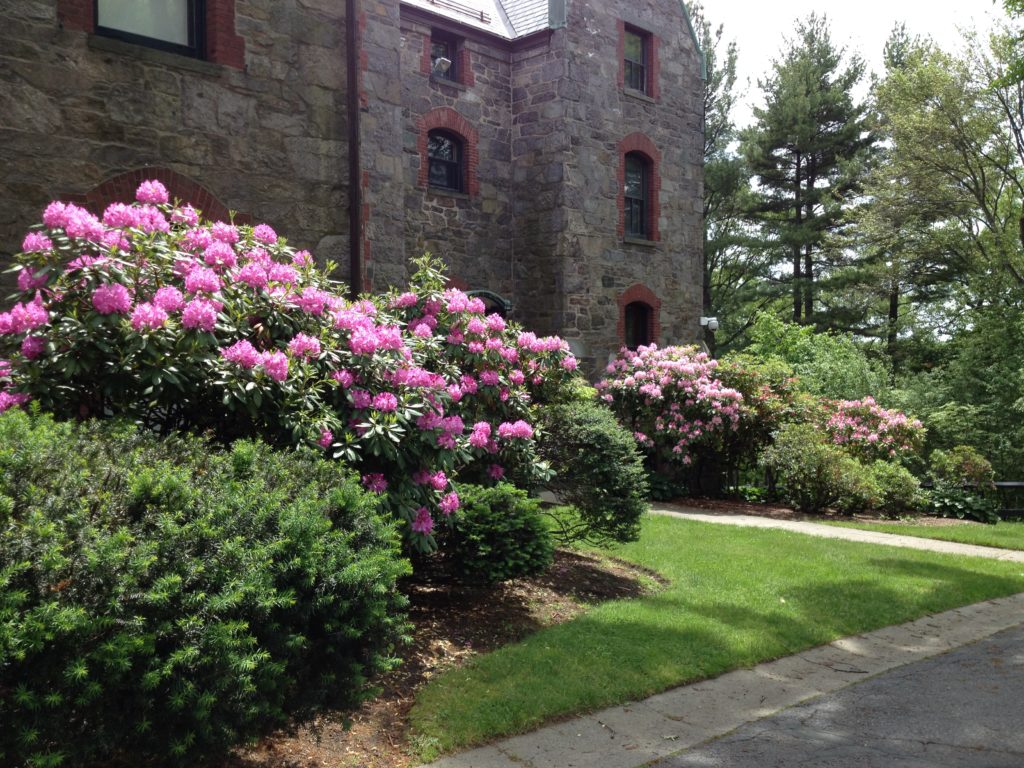 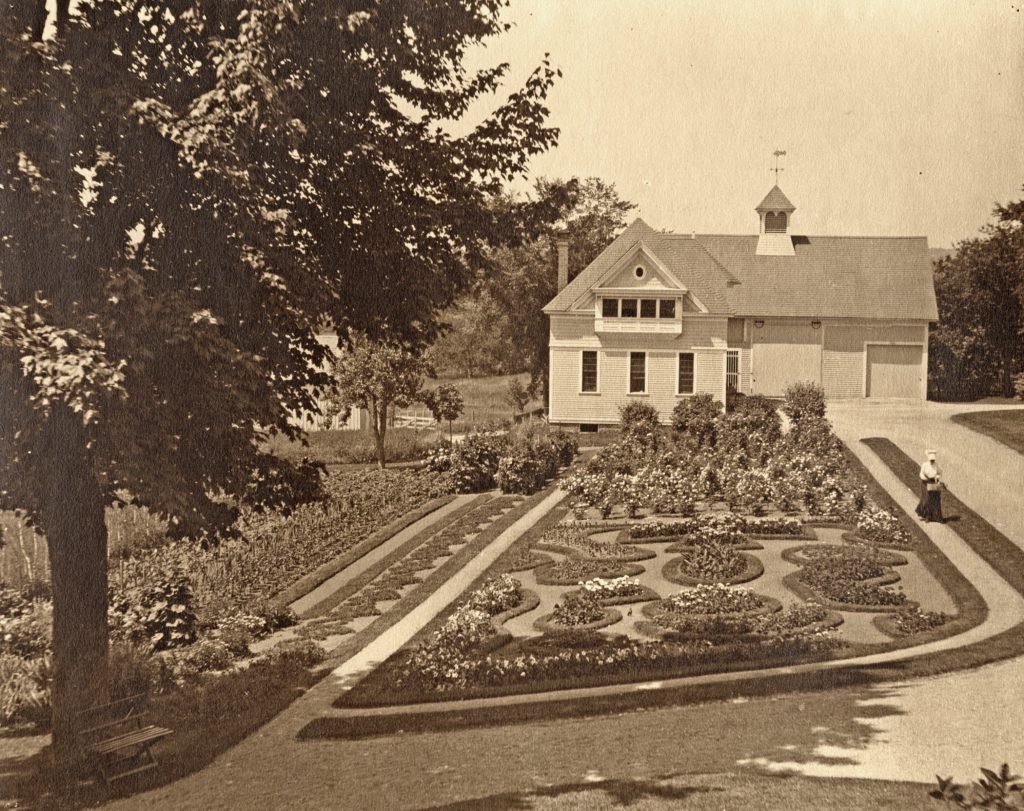 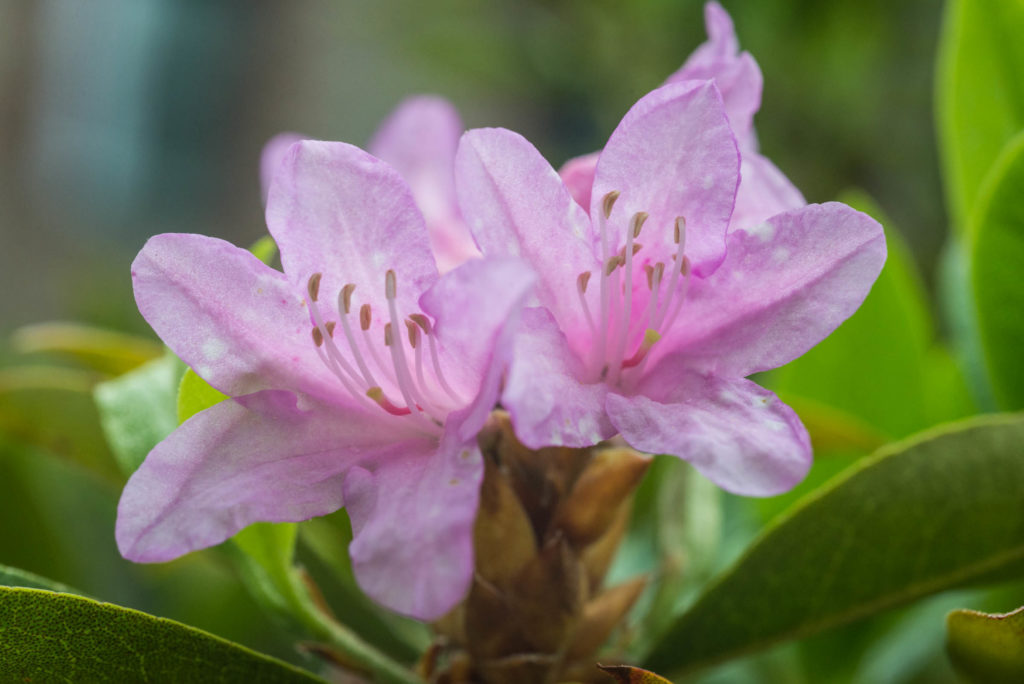 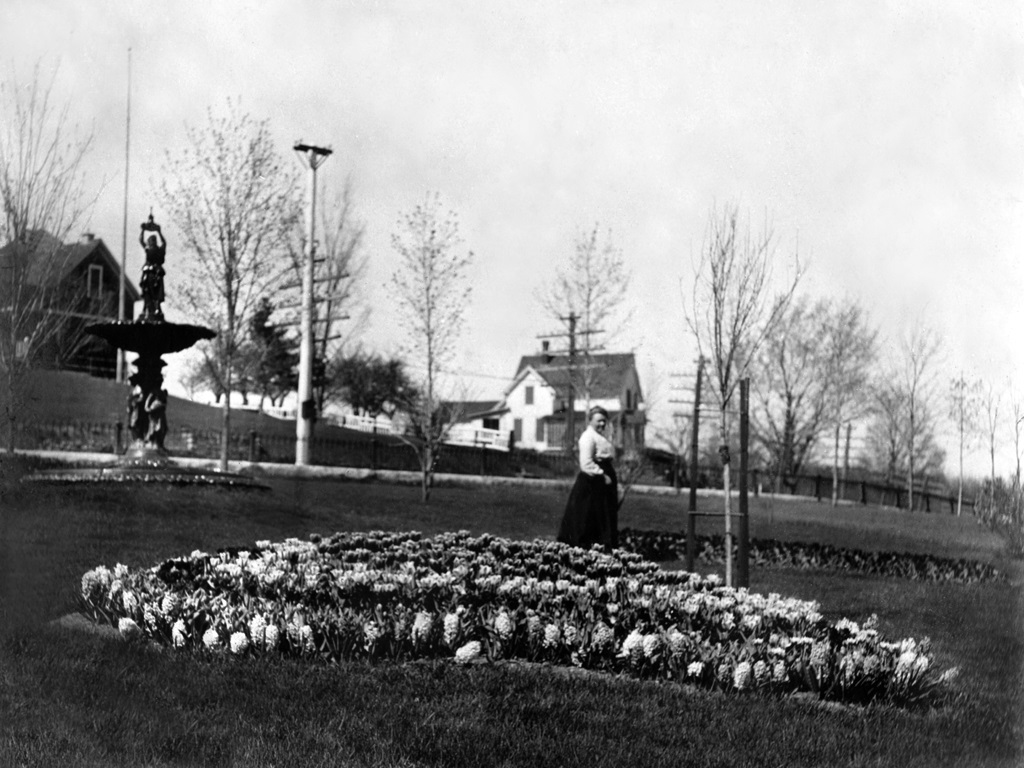 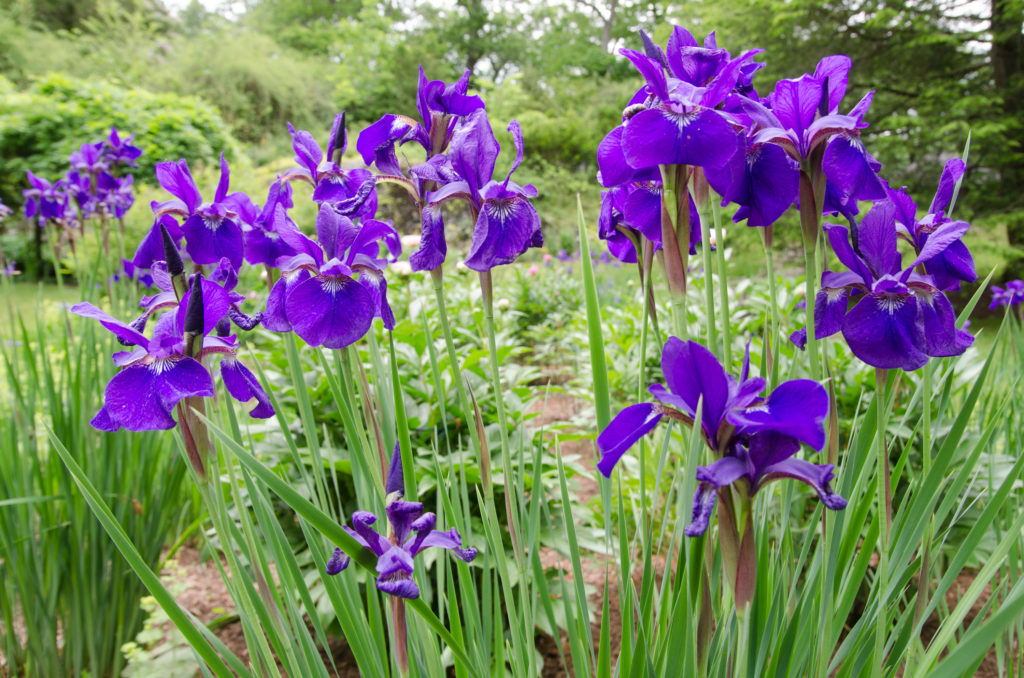 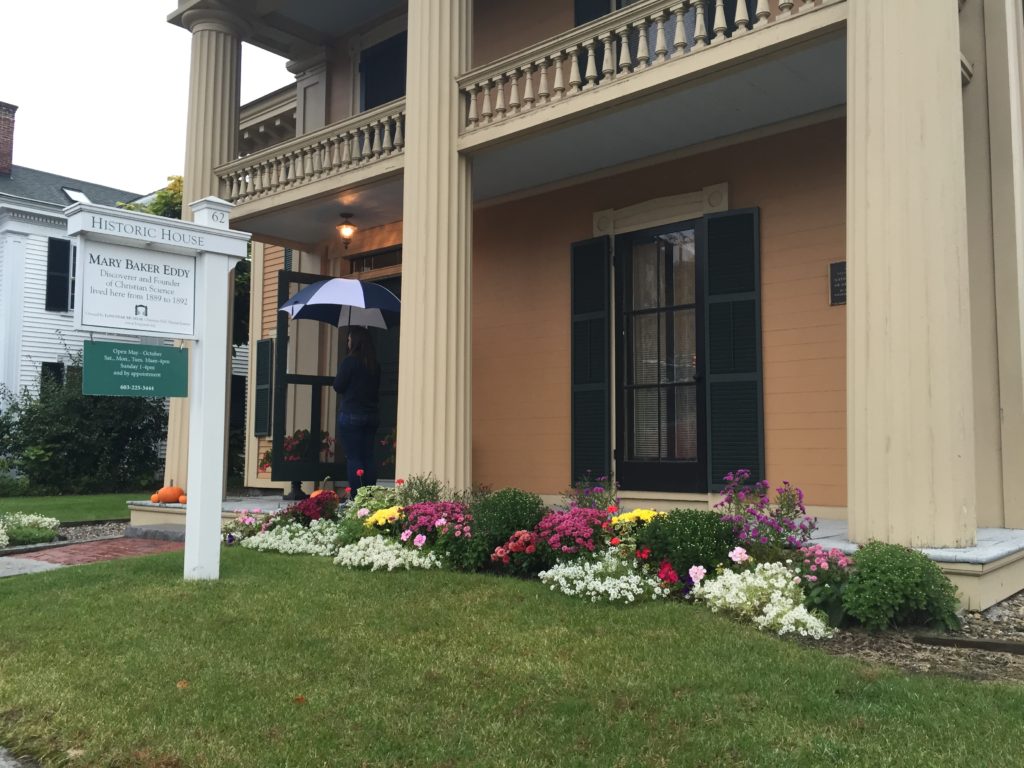