ASA GILBERT EDDY was from Londonderry, Vermont. He moved to Boston around 1875, and was attracted to Christian Science by reports of healing through spiritual means. In 1876, he visited its Discoverer, Mary Baker Glover, who healed him of a serious illness. After studying with her, he began the practice of metaphysical healing, and was the first to announce himself publicly as a “Christian Scientist,” placing a sign outside his office in Lynn. On January 1, 1877, he and Mrs. Glover were married, and until his passing in 1882, Gilbert, as his friends and family called him, was his wife’s companion and co-worker, providing protection and assistance of inestimable value. Gilbert Eddy organized the first Christian Science Sunday School, and he helped establish the first “Church of Christ, Scientist,” in Boston, chartered in 1879, as well as the Massachusetts Metaphysical College, chartered two years later. The Eddys traveled to Washington, D.C., early in 1882, where Gilbert investigated copyright laws that provided protection for Mrs. Eddy’s writings. 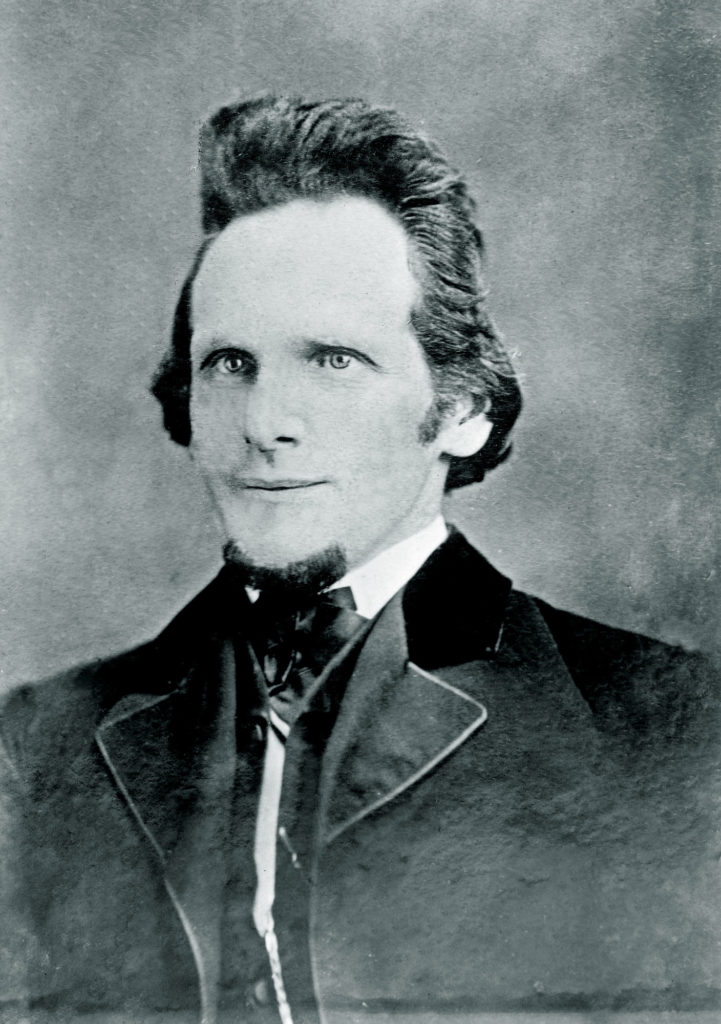 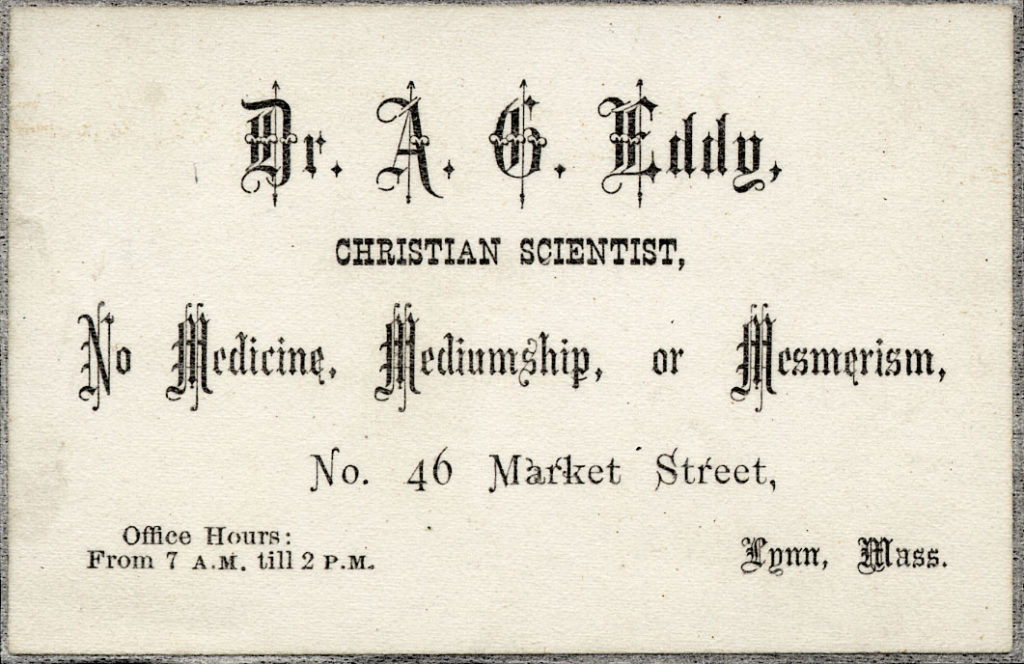 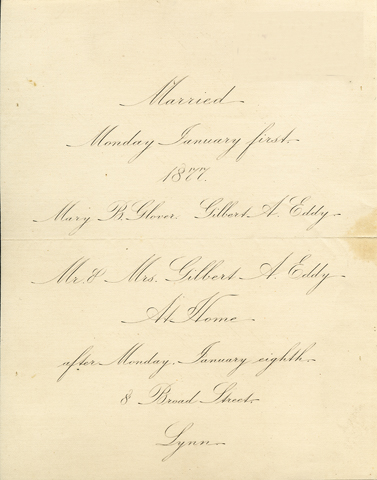 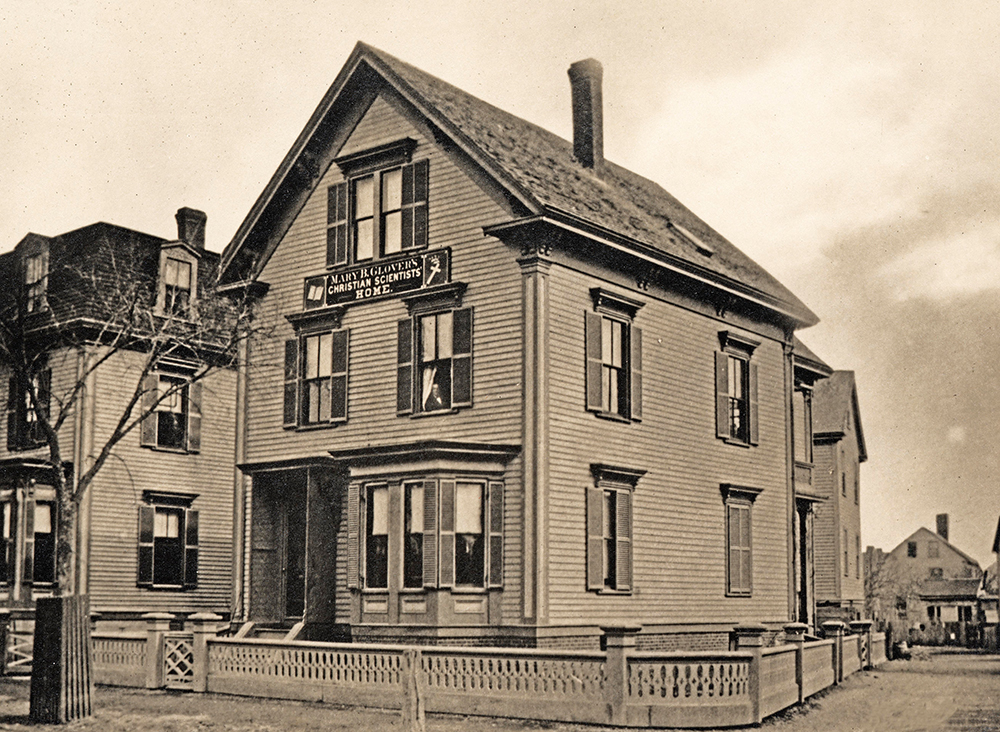 Asa Gilbert Eddy looks out from the second-floor parlor window of their home in Lynn. Longyear Museum collection