CALVIN A. FRYE grew up in Frye Village, a township named after an ancestor which is now part of Andover, Massachusetts. When family financial difficulties interrupted his education, Calvin settled in nearby Lawrence, where he worked as a machinist. It was not until he studied Christian Science with Mrs. Eddy that his aspirations were satisfied. He was staying with Asa Gilbert Eddy and Mrs. Eddy, while taking class with her in October 1881, when eight of her students denounced her. This wakened in Mr. Frye a desire to serve his teacher and, after Gilbert’s passing, he would go on to serve her for 28 years — the longest of all her students. He was a member of her household from 1882 to 1910, serving in many capacities: as secretary, handling her vast correspondence and typing many of her manuscripts; as bookkeeper and trustee, upon occasion, of her different copyrights and property; and even as her trusted coachman. While working in Mrs. Eddy’s household, Calvin had two further courses of instruction with her, and was present in her class of 1898. From 1912 to 1915, Calvin Frye served as First Reader of First Church of Christ, Scientist, Concord, New Hampshire, and in 1916 he was elected President of The Mother Church. 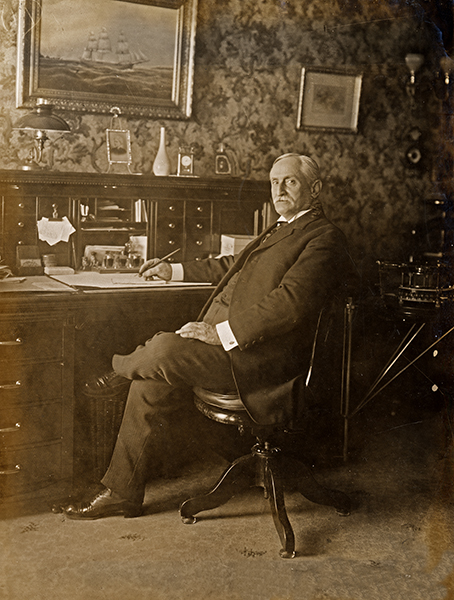 Calvin Frye at his desk. 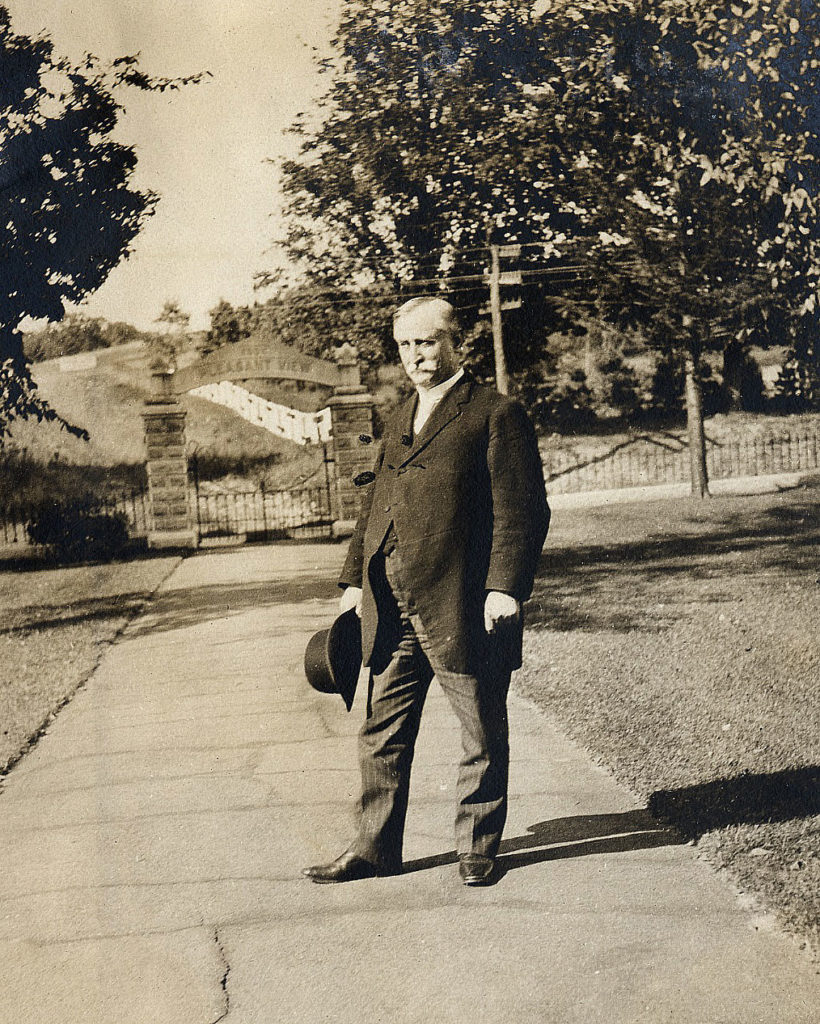 Photo of Calvin Frye by one of the amateur photographers in the household. 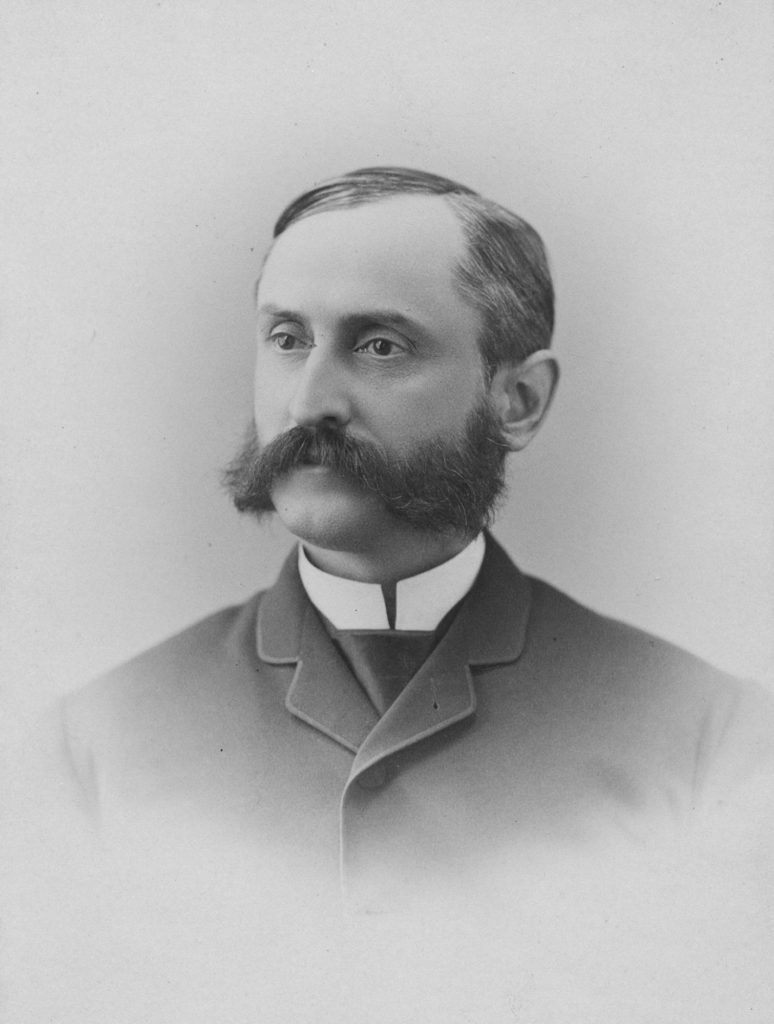 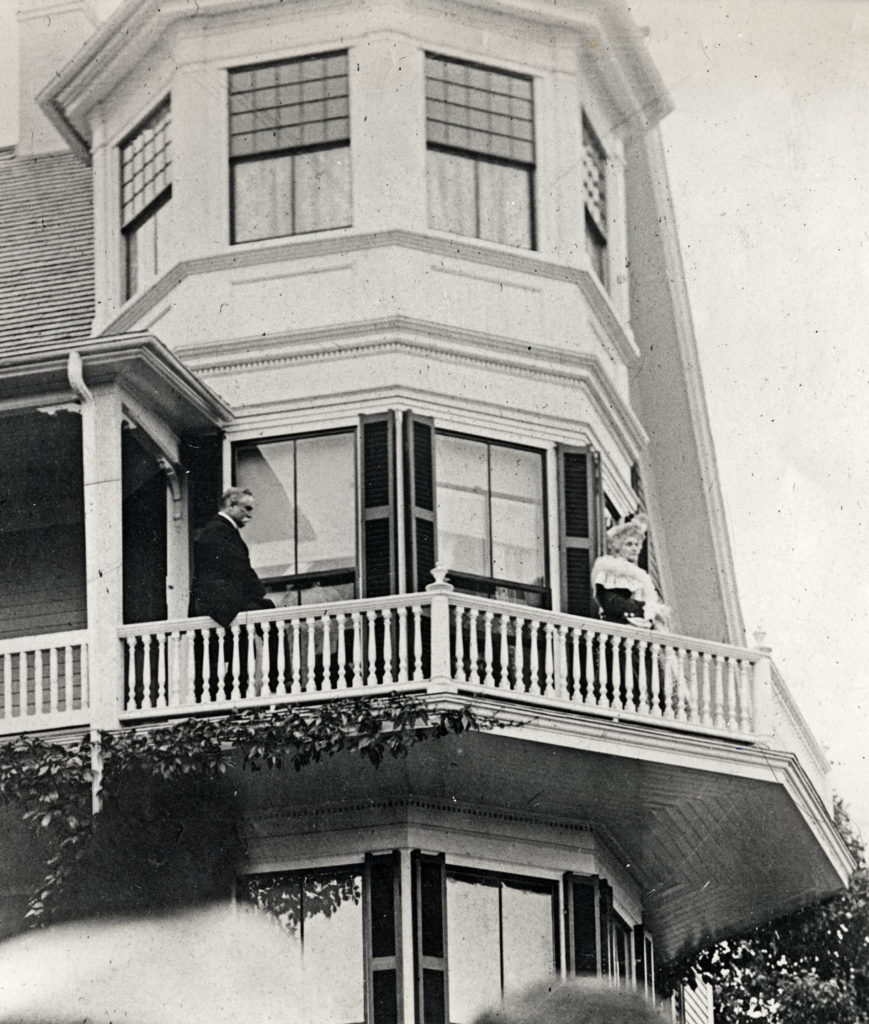 Calvin Frye with Mrs. Eddy on balcony of her Pleasant View home at the time of her June 29, 1903 address. 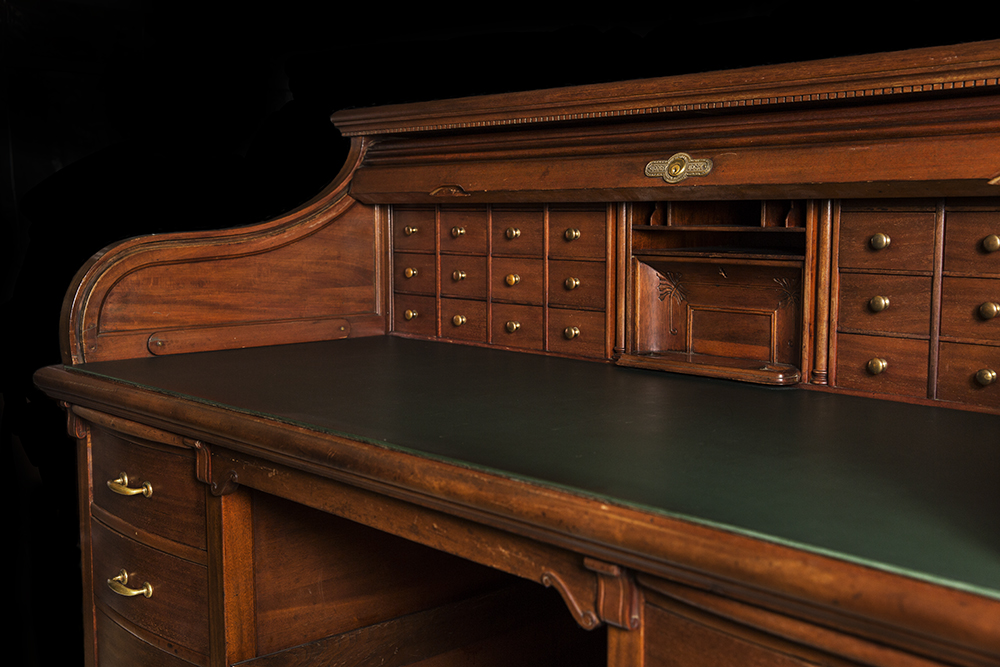 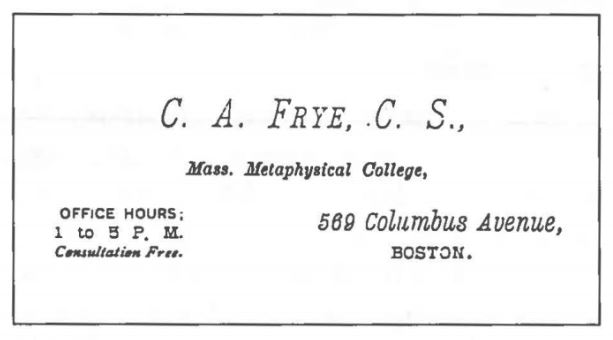 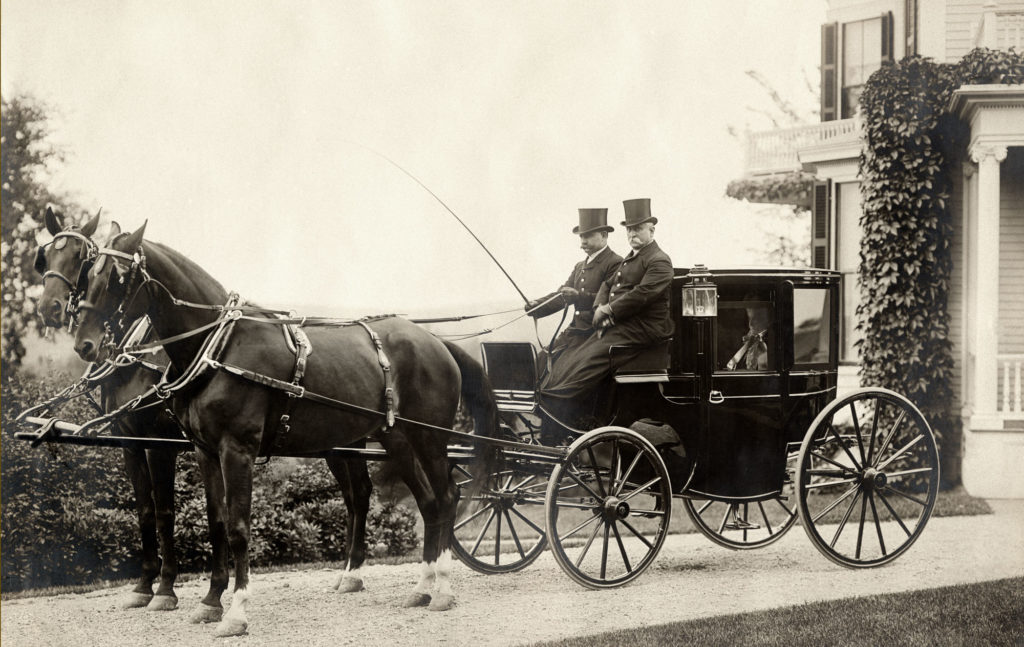