EMMA A. THOMPSON first met Mrs. Eddy (then Mrs. Patterson) in 1862 in Portland, Maine, where both had gone to Phineas P. Quimby for treatment. Neither was permanently helped and Mrs. Thompson (then Miss Emma Morgan) returned to her parents’ home near Portland. Some 22 years later, by then living in Minneapolis, Minnesota, Mrs. Thompson found complete healing by reading Science and Health. She was unaware that Mrs. Eddy and Mrs. Patterson were one and the same individual until she came to Boston in 1886 to enter Mrs. Eddy’s Primary class at the Massachusetts Metaphysical College. Two months later, Emma’s name was listed as a Christian Science practitioner in The Christian Science Journal, and the following year she again studied with Mrs. Eddy. Emma Thompson and her daughter, Abigail Dyer Thompson, both attended Mrs. Eddy’s last class in 1898, and Mrs. Thompson worked diligently with a group of Christian Scientists, including her daughter, to organize a church which later became Second Church of Christ, Scientist, Minneapolis. 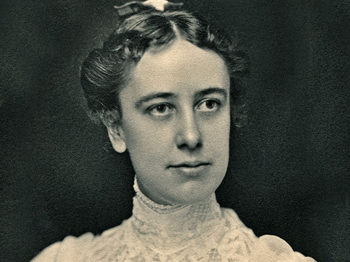