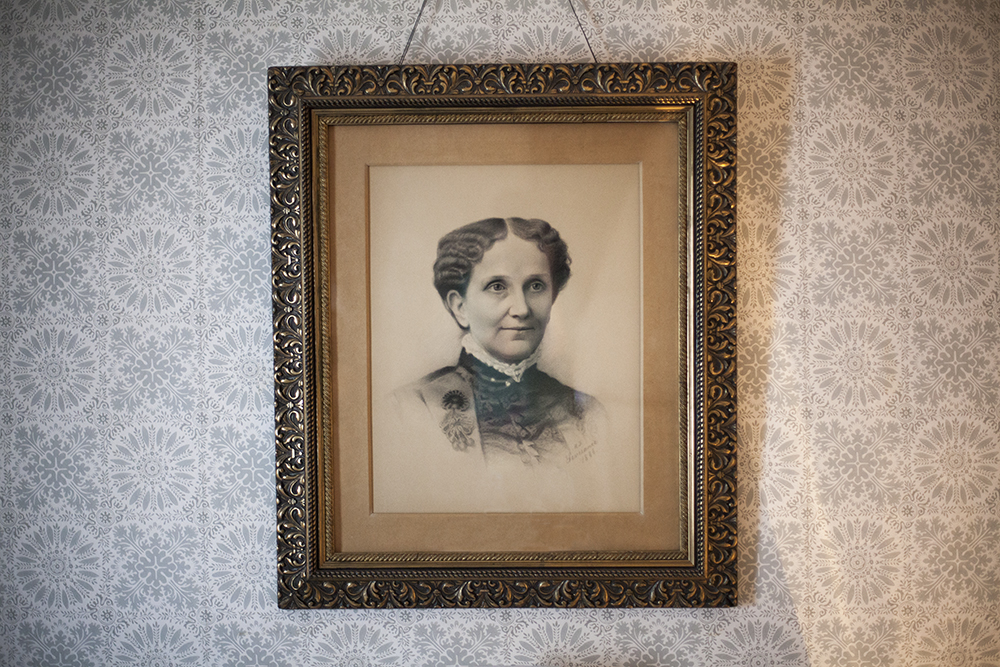 Inside the front parlor of the Mary Baker Eddy Historic House in Swampscott, Massachusetts, hangs a charcoal drawing of Mrs. Eddy. While there is artwork in all eight of Longyear’s historic houses, this particular piece is notable because it is the original 1888 drawing — not a reproduction. Furthermore, the quality of the drawing is only surpassed by the history of its provenance — an account involving the Christian Scientist Association, the first Christian Science Reading Room, an original member of the Board of Directors, and the 1912 President of The Mother Church.

The story of the drawing actually begins with a photograph. In 1886, Mrs. Eddy went to the Boston studio of photographer H.G. Smith to sit for what would become a well known portrait.1 Mrs. Eddy is wearing a black satin dress with white lace and was described by the Trustees of The Christian Science Publishing Society as “radiating…strength and courage at a time of great spiritual growth for her and for the Christian Science movement.”2 That radiant photograph was the inspiration for the artist, M.F. Severance, to draw the portrait now hanging in Swampscott.

Mr. Severance drew the portrait with the intent of donating it. This is clear from a December 5, 1888, letter he wrote to the Christian Scientist Association (CSA), “Dear Friends; I have prepared a crayon portrait of Mrs. Mary B. G. Eddy, and which, if pleasing to you, I should feel gratified if you would accept. It may be sold or in any way used for the benefit of the Association.”3 The CSA accepted the drawing, and from there the story of the provenance resumes. The first location of the portrait was in the newly opened Christian Science Reading Room in downtown Boston. Taking up two rooms on the second floor of Hotel Boylston, at the southeastern corner of Tremont and Boylston Streets, the Reading Room opened in September 1888. As well as selling Christian Science literature, the new space housed the editorial offices for The Christian Science Journal and was the meeting space for the CSA.4 With such a prominent location, the striking portrait would have been seen and enjoyed by many.

When the Reading Room closed in 1894, Ira Knapp took the opportunity to purchase the portrait.5 Mr. Knapp and his wife, Flavia, had taken Primary class instruction from Mrs. Eddy in 1884 and had begun practicing Christian Science in their hometown of Lyman, New Hampshire. Over the next four years, he had more instruction from Mrs. Eddy and earned the advanced designation of C.S.D. He was a talented worker and someone Mrs. Eddy relied upon, having appointed him an original member of The Christian Science Board of Directors as well as a member of the Bible Lesson Committee.

The story picks up in 1923 when Bliss was First Reader of The Mother Church, living at the former home of Mrs. Eddy at 385 Commonwealth Avenue, in Boston.6 Bliss and his wife, Eloise, were there from 1923 to 1926, where they hung the portrait of Mrs. Eddy prominently in the front parlor. After his time was over as First Reader, Bliss and Eloise loaned the portrait to hang in Mrs. Eddy’s former home in Lynn, Massachusetts. It was a Reading Room at that time and the portrait hung in the sales room there for many years. The portrait was given back to Bliss and Eloise, however, when that site was renovated in 1950.

After receiving the portrait back from Lynn, the Knapps donated the portrait to Longyear Museum on November 4, 1953. The portrait resides close to Lynn, though, because Bliss and Eloise added a stipulation that it hang in the Swampscott historic house, the home which Mrs. Eddy described as “the birthplace of Christian Science.”7 And there the provenance ends.

M.F. Severance drew the portrait to benefit Christian Science, and over 125 years later, his lovely portrait continues to bless all visitors to this Mary Baker Eddy historic site. Eloise Knapp writes in a note accompanying the portrait, “we presented the portrait to the Longyear Foundation…where it will be cherished!”8 It certainly has been. 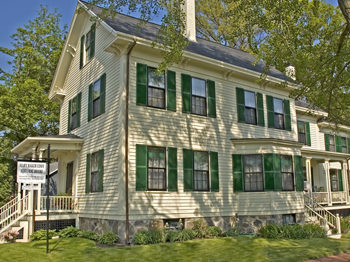 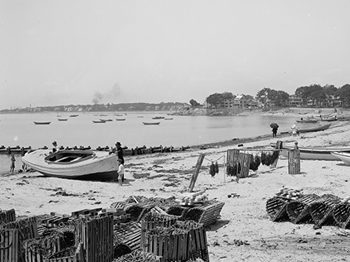 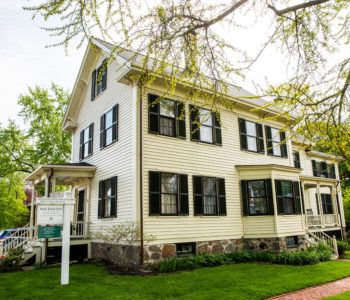