From this modest house, Mary Baker Eddy courageously took her discovery and its message of healing and comfort to a wider world. During the seven years she lived here, she published Science and Health, founded her church, chartered a college, and taught dozens of students. 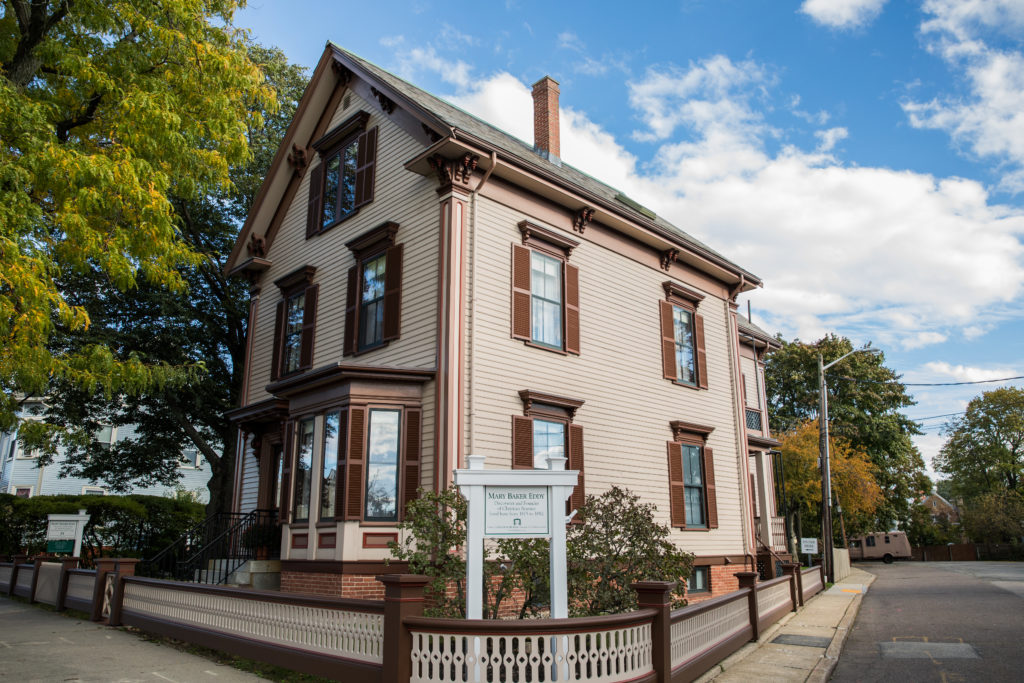 Mrs. Eddy, who was at that time known as Mary B. Glover, purchased the house on Broad Street in 1875, as she was finishing the manuscript for Science and Health. In a small attic room under a skylight in the roof, she wrote the pages that completed her book and painstakingly proofread and corrected the printer’s galley sheets. By year’s end the first edition was published.

A sign above the second-floor windows proclaimed: “Mary B. Glover’s Christian Scientists’ Home,” displaying the first-known use of the cross-and-crown as an emblem of her religious movement.

In this house Mary B. Glover became Mary Baker Eddy. On New Year’s Day 1877, she and Asa Gilbert Eddy were married in the parlor.

Mrs. Eddy wrote about her former house in Lynn: “Very sacred to me are the memories that cluster around my old home …. the earthly dwelling where Science and Health with Key to the Scriptures was written – where my husband, Dr. Eddy, and I instituted the Christian Scientists Home, and passed many happy hours in prayer to God and work for man…” (Mary Baker Eddy, Footprints Fadeless, 105).

Here she formed an association of her students on July 4, 1876, and held its meetings in the parlor. Here she founded her church, the Church of Christ (Scientist), and answered the call to be its Pastor. And here Mrs. Eddy conducted classes of the Massachusetts Metaphysical College, chartered in January 1881.

The Eddys took their final leave of Lynn in January 1882. Down the steps of this home, Mary Baker Eddy set out for her great teaching work in Boston and beyond.

8 Broad Street in Lynn, purchased by Mary Baker Eddy in 1875 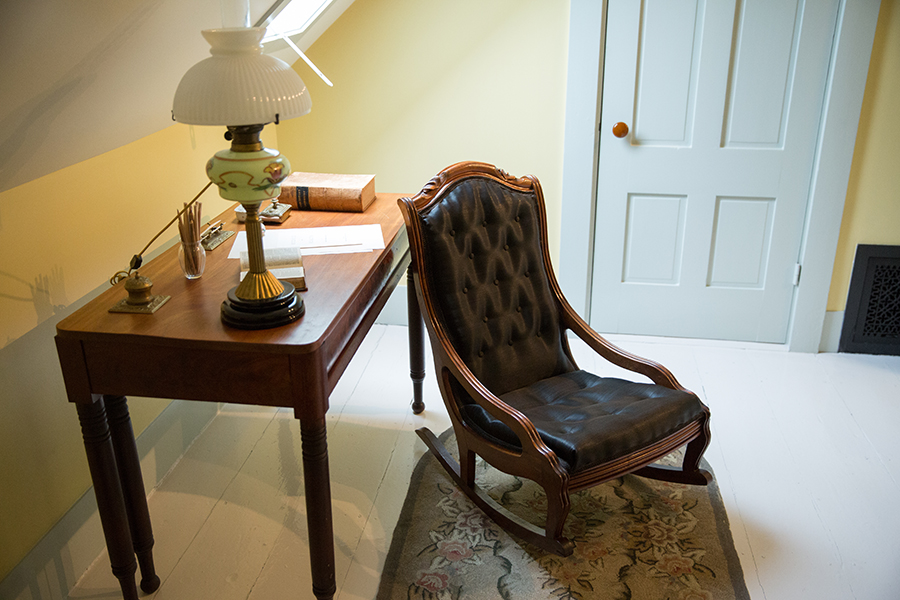 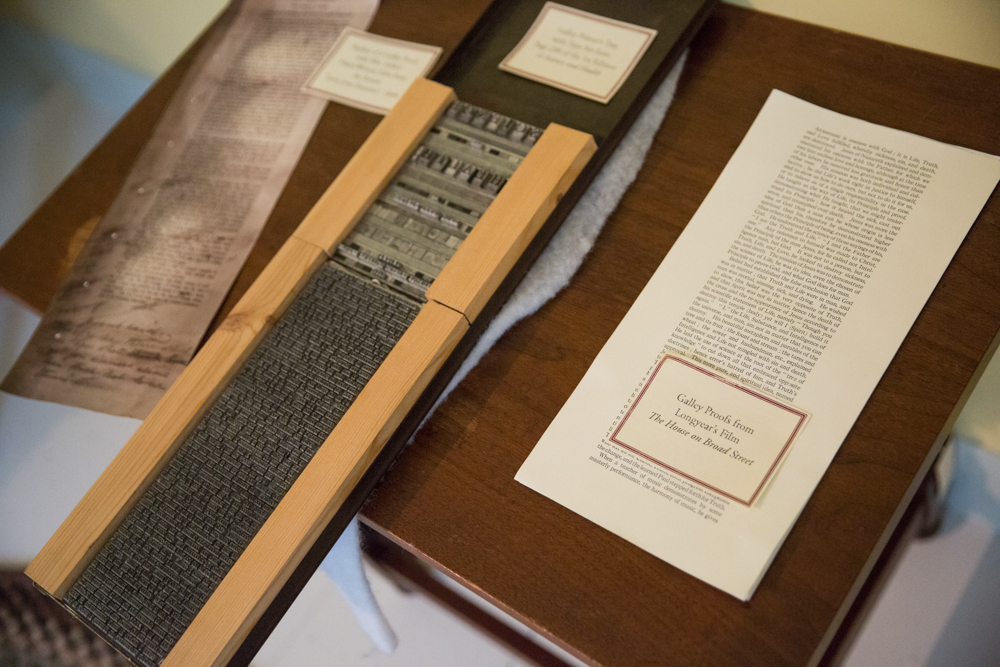 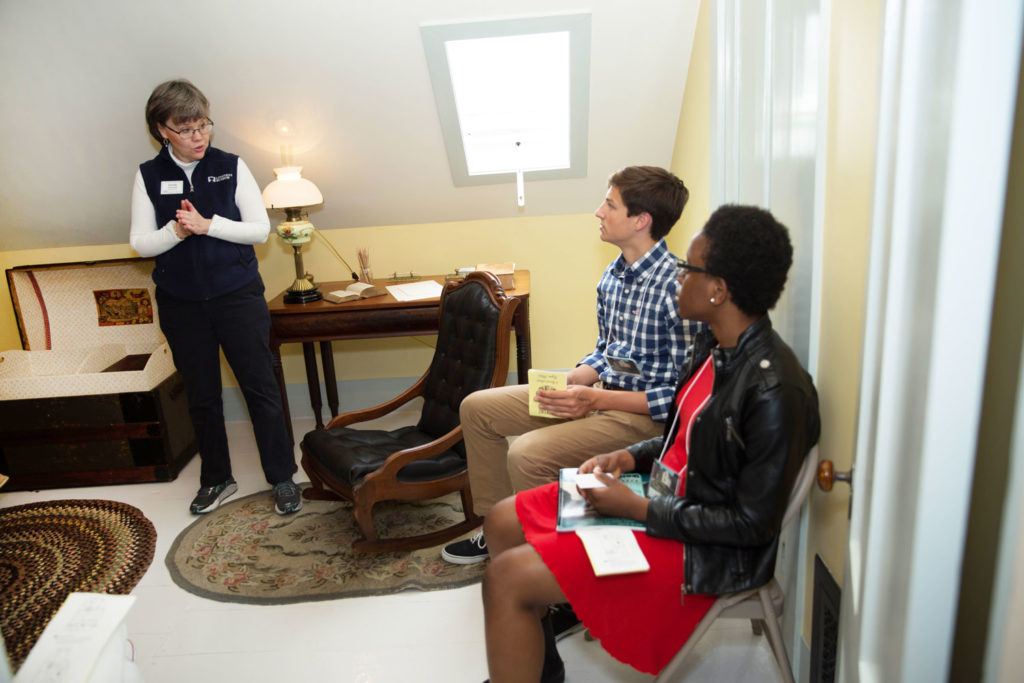 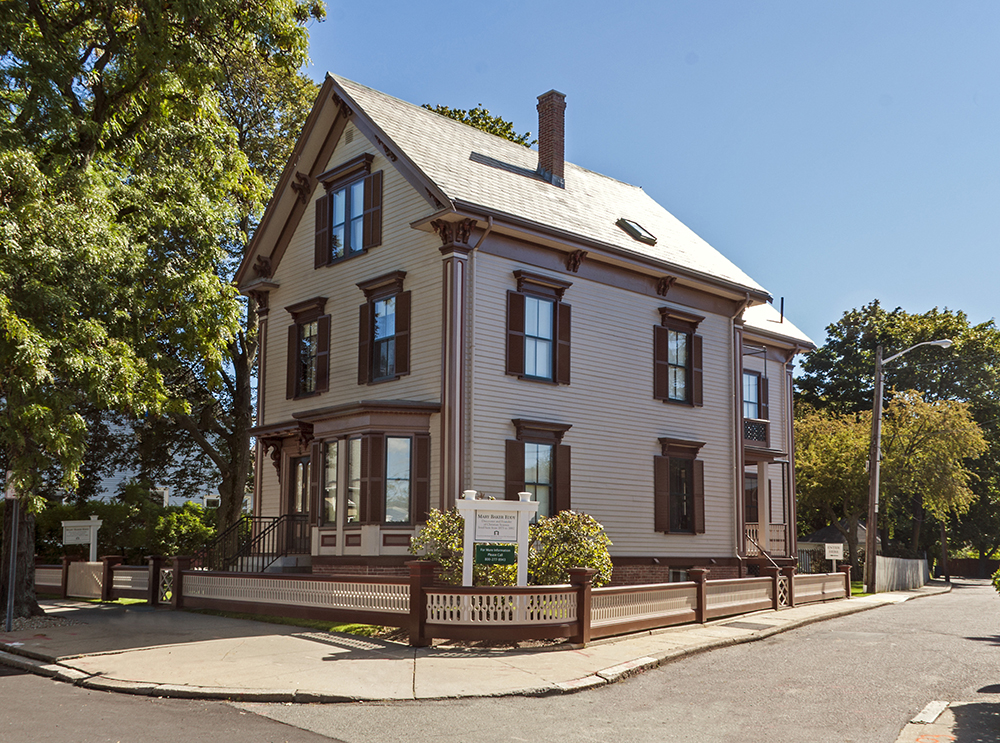 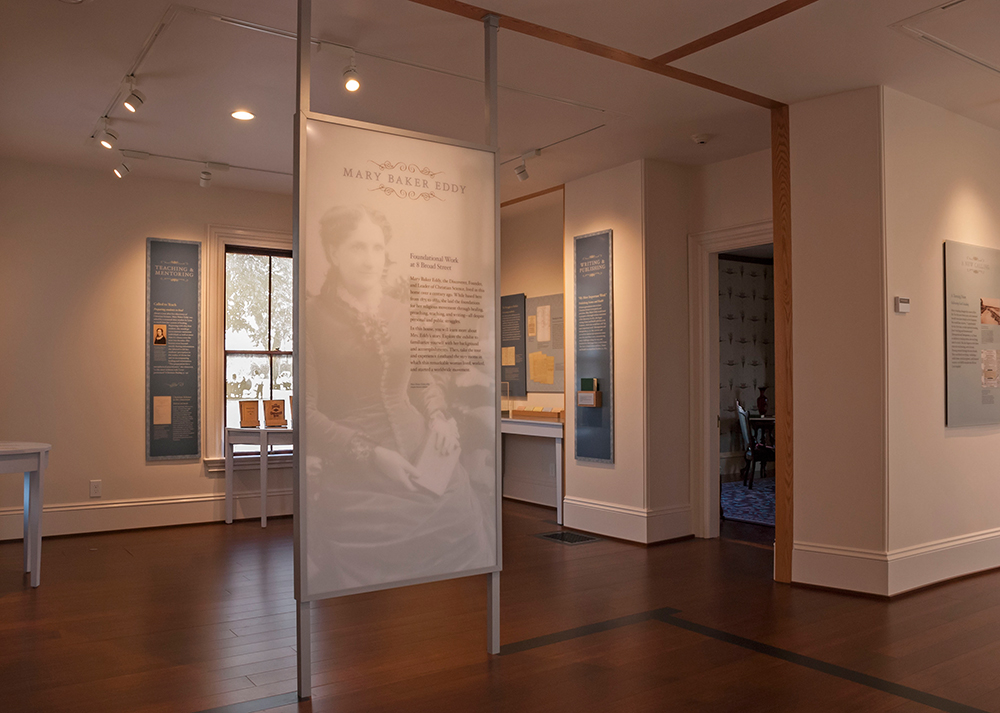 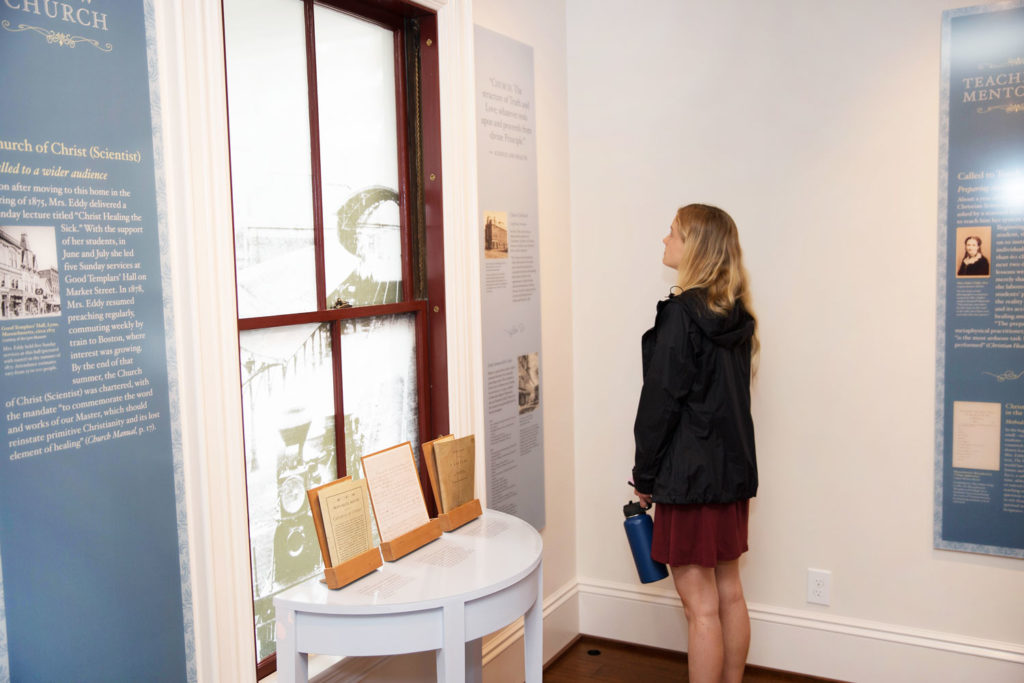 Visitor stands beside window on the world of 19th-century Lynn 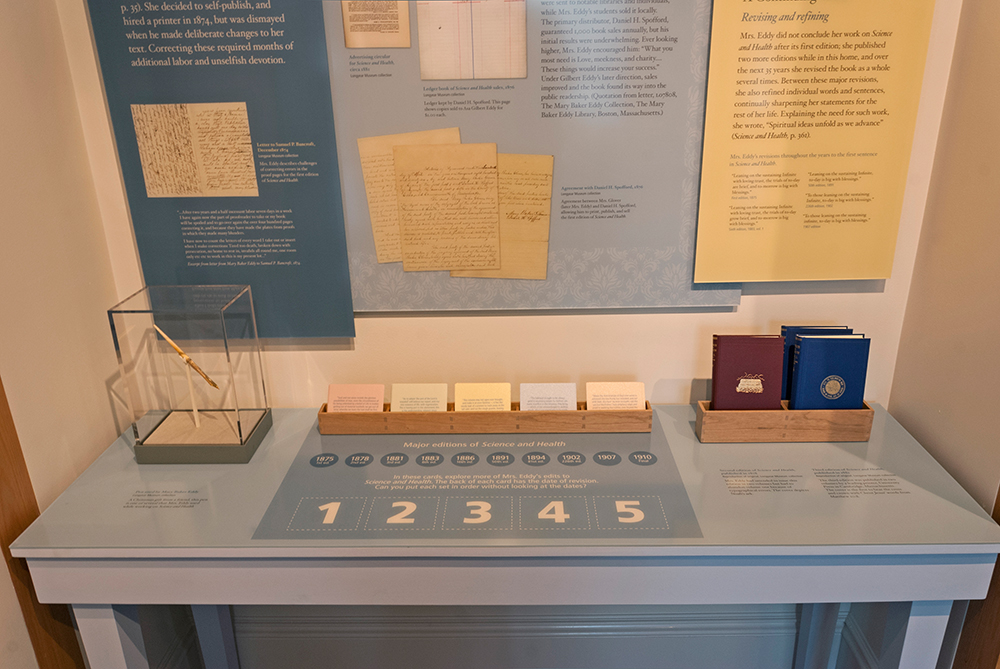 Hands-on display about the writing of Science and Health 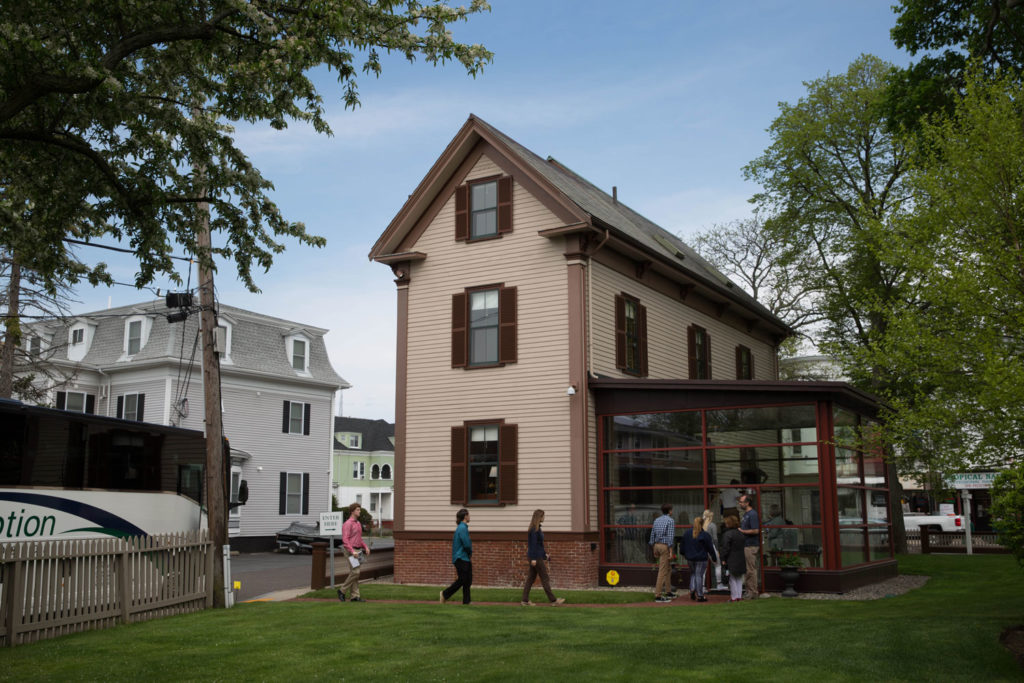 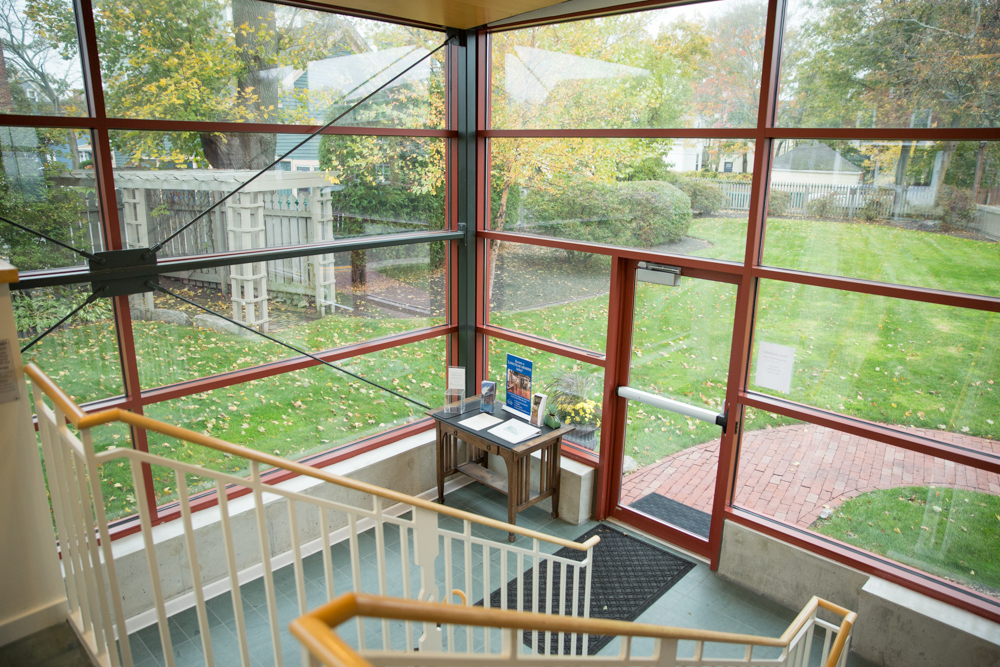 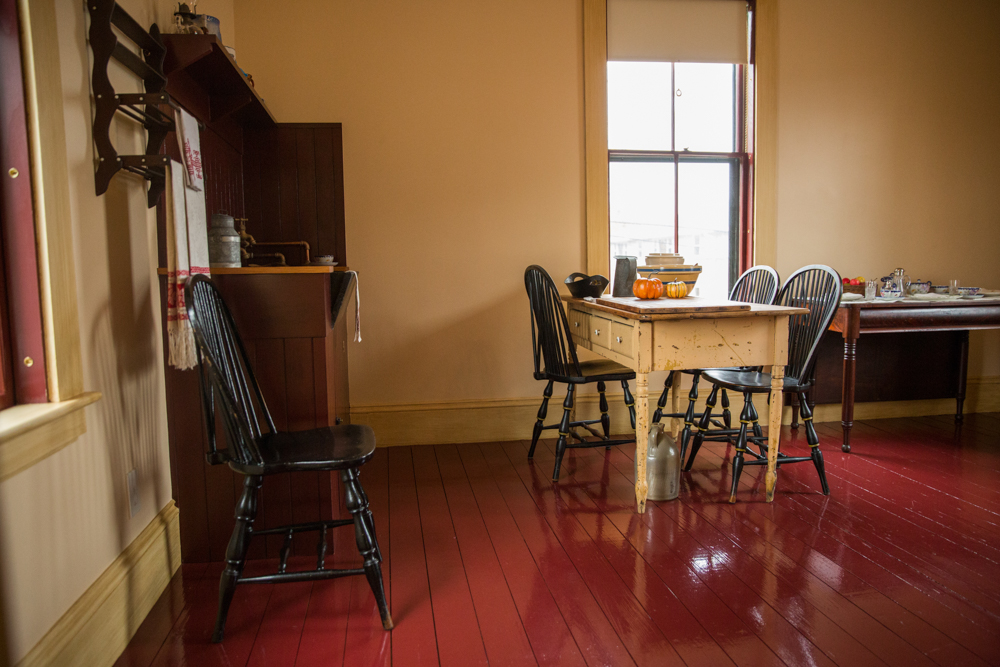 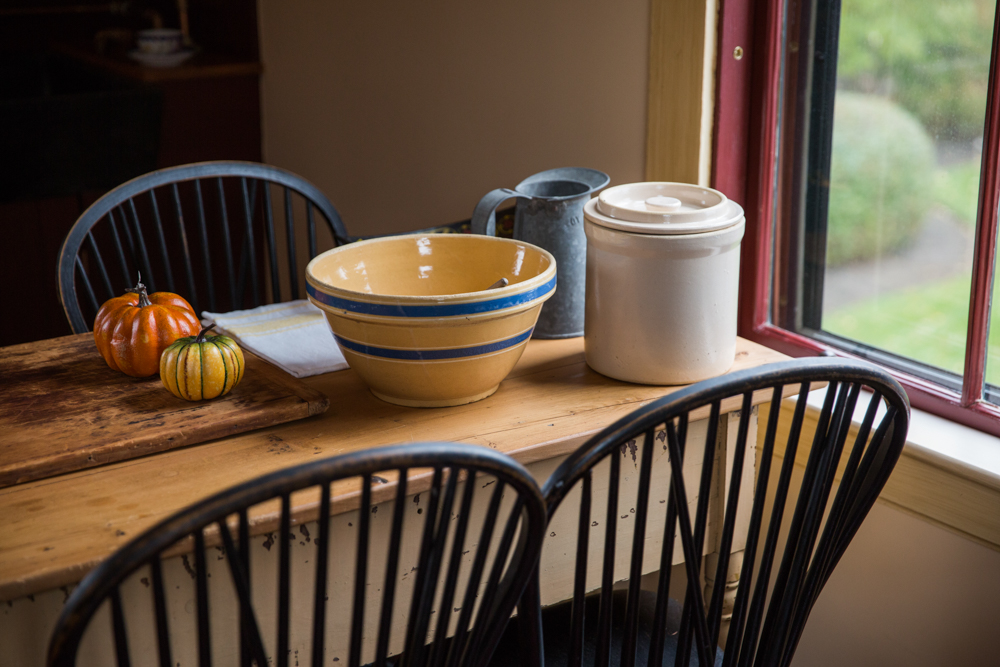 Typical cooking utensils from the 1870s 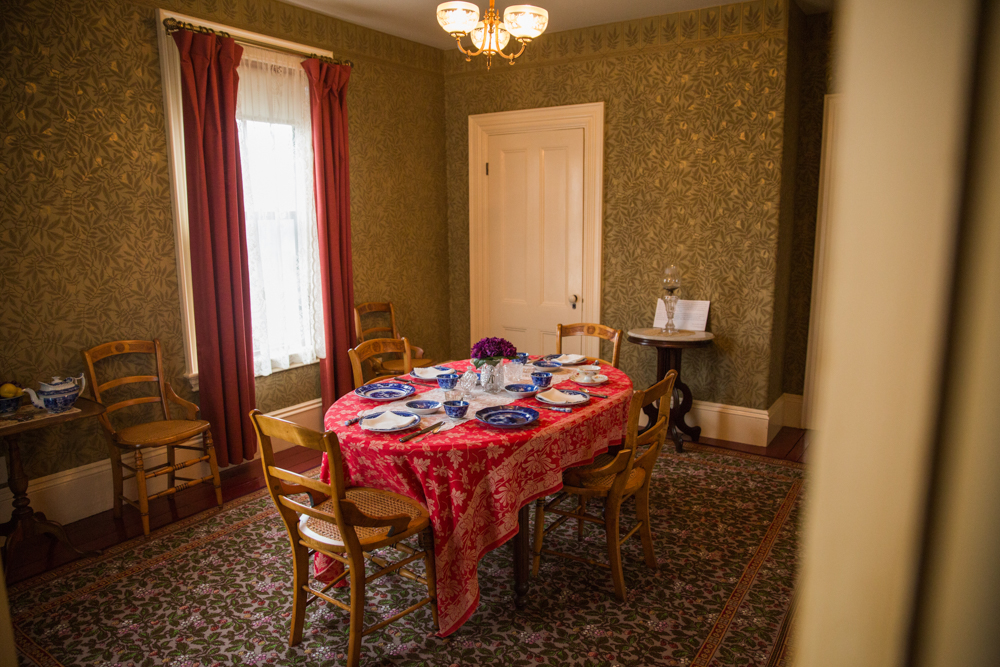 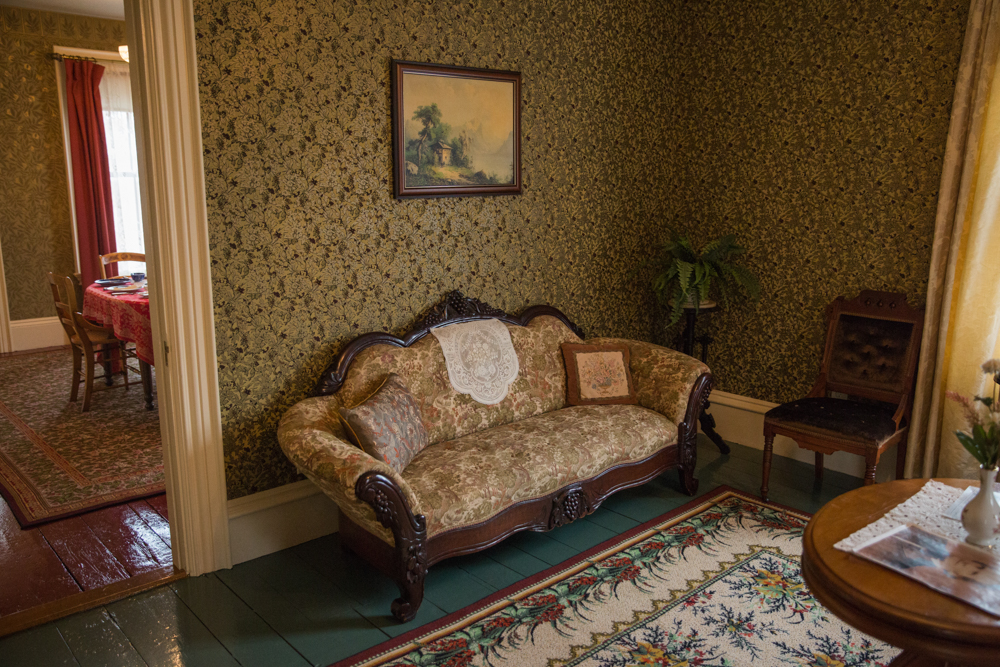 Second-floor parlor was reserved for the Eddys private use 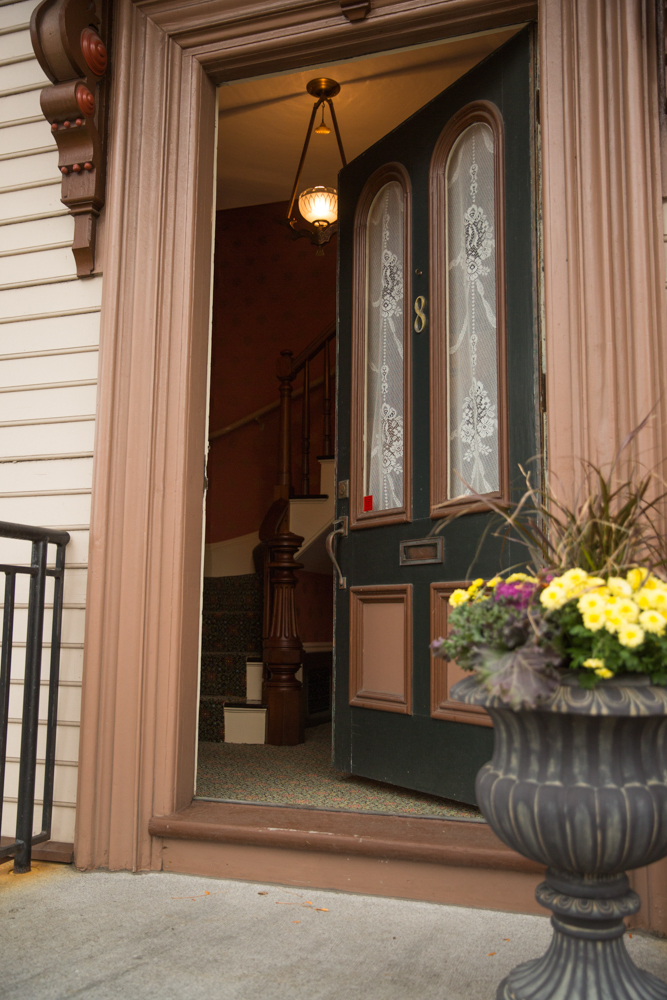 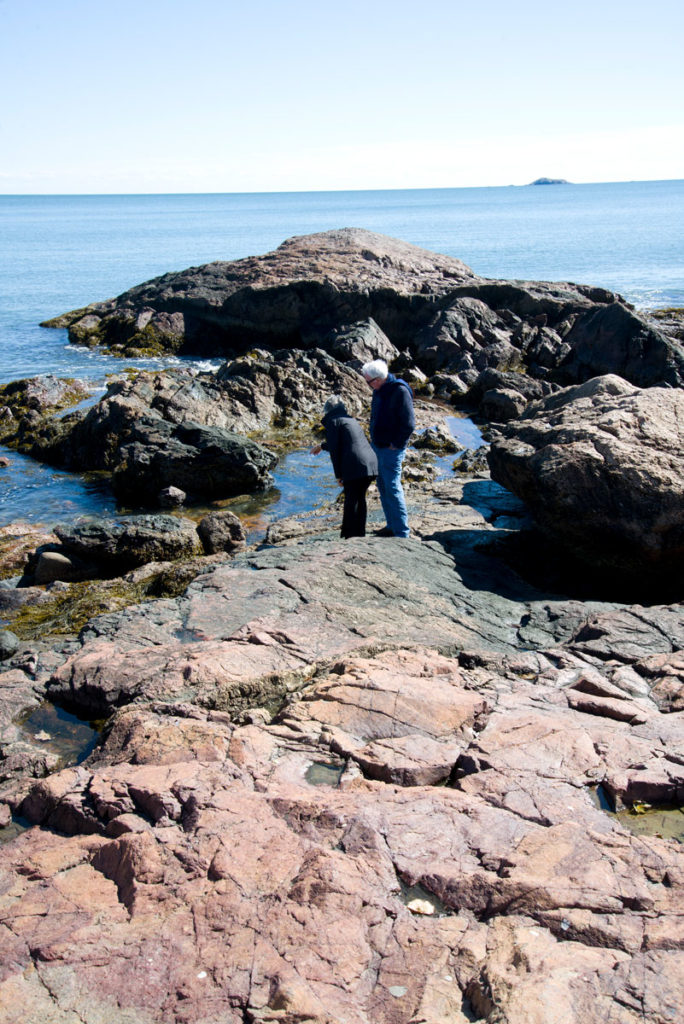 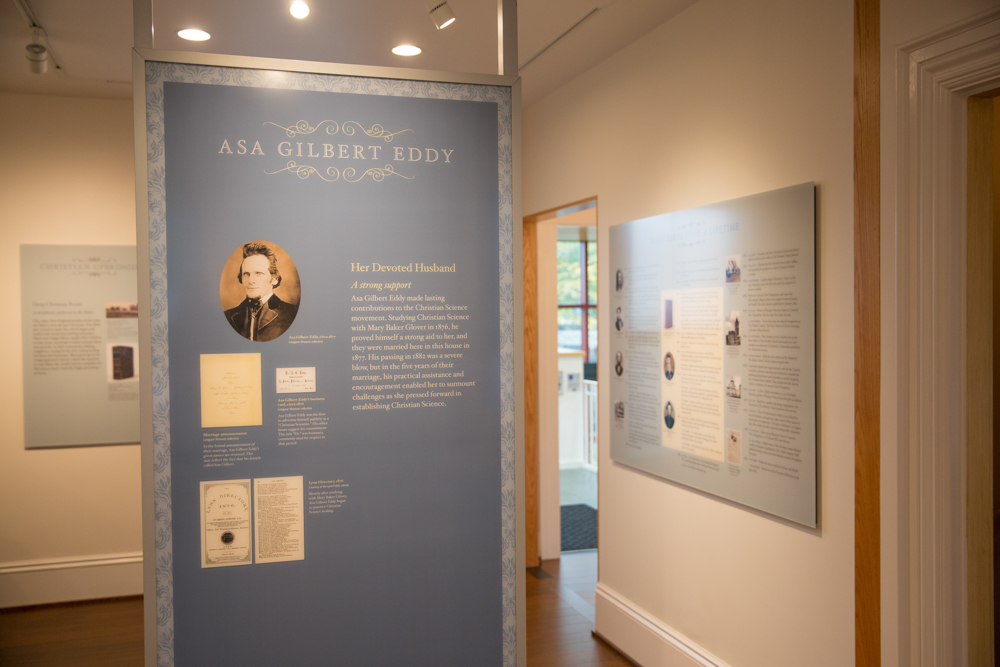 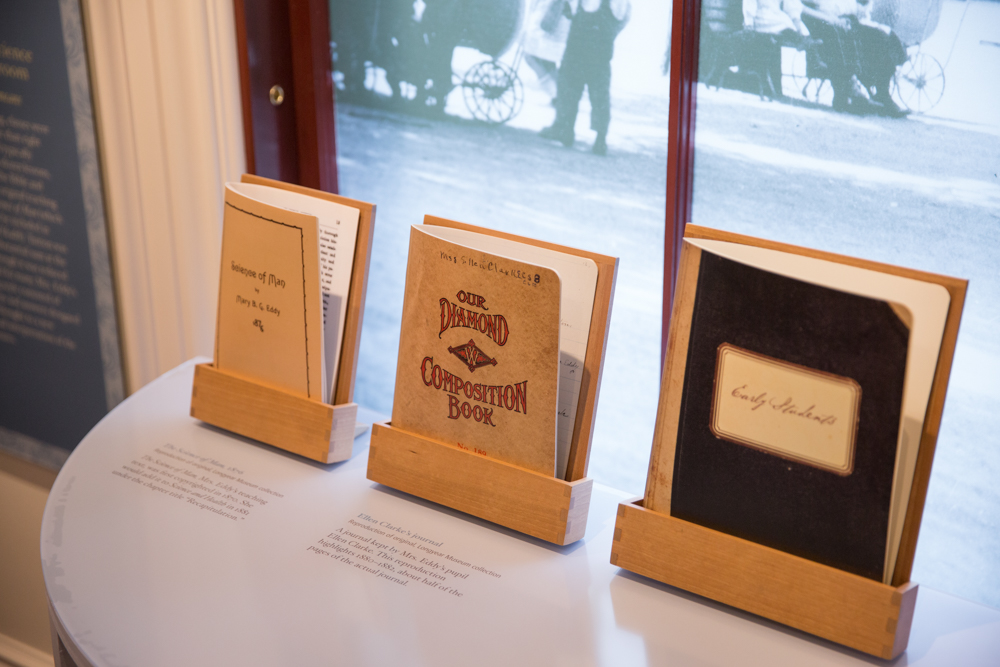 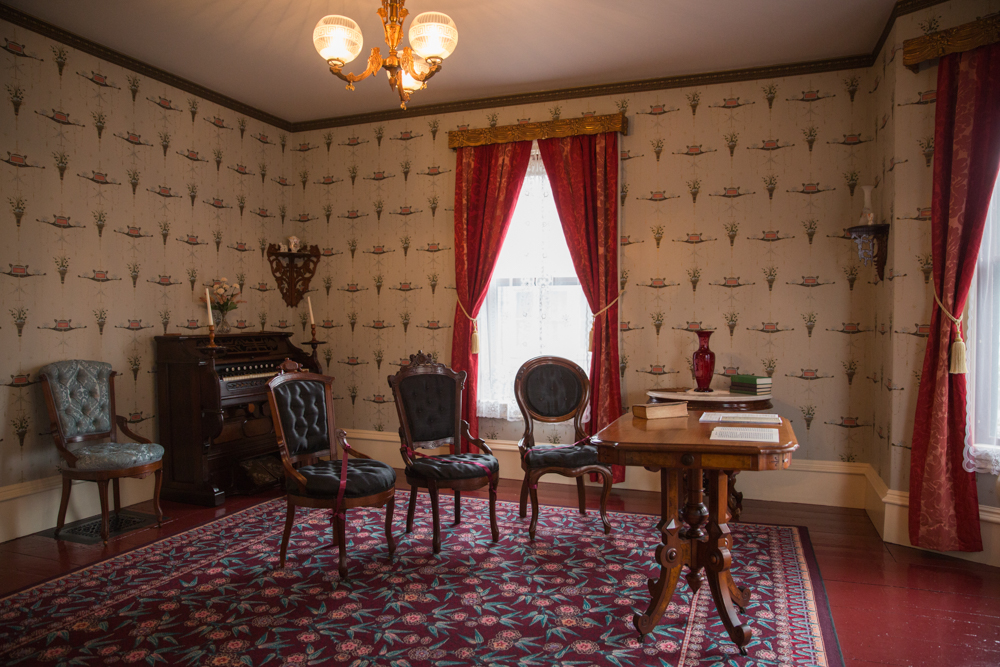 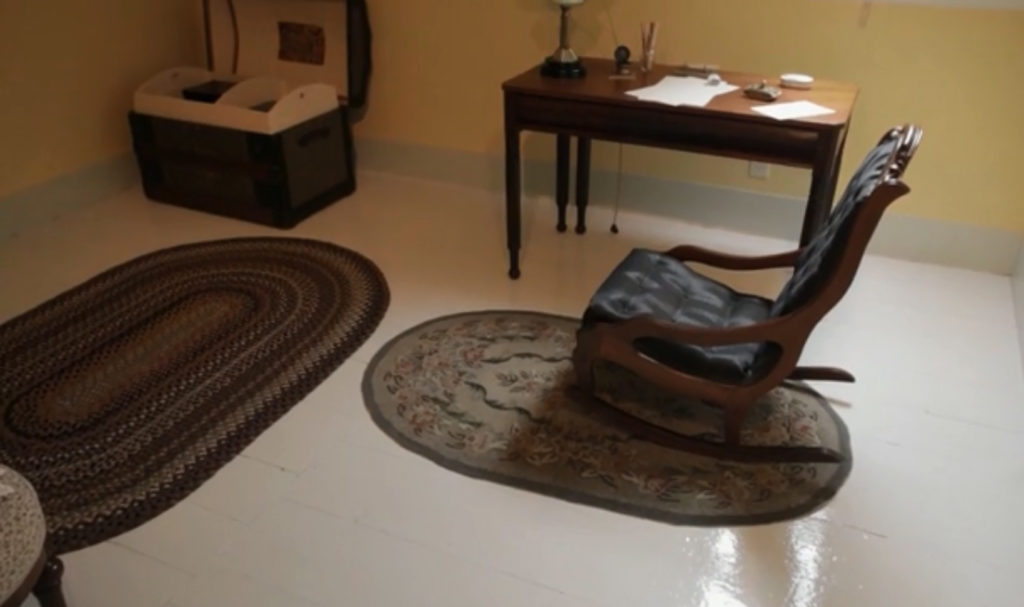 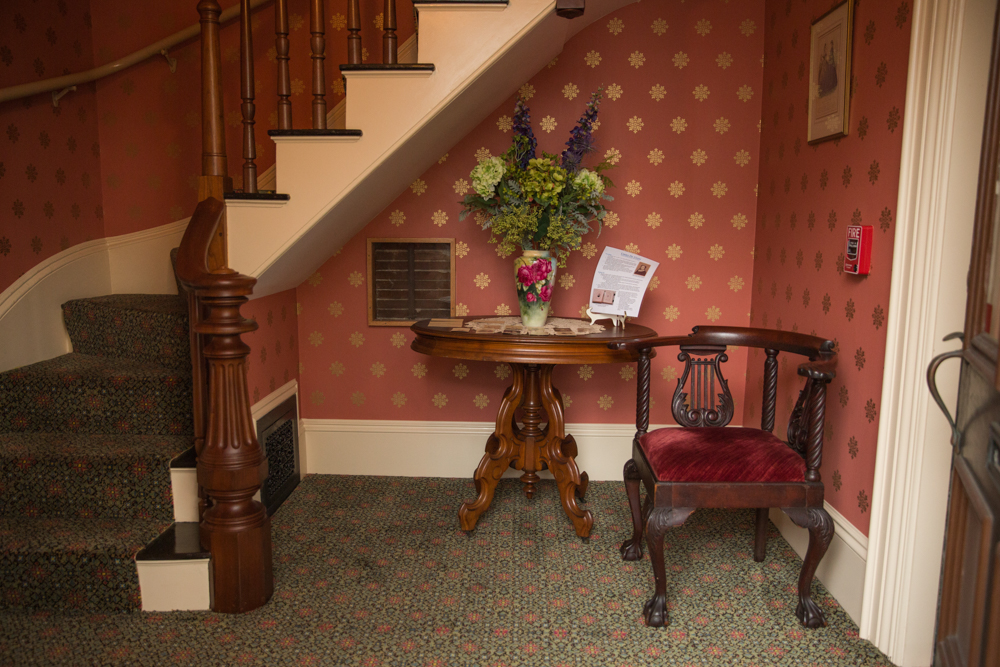 After the Eddys moved, this house was occupied by several different homeowners. It was purchased by The Mother Church in 1916, and tours were offered for many decades. Longyear Museum acquired the property through special donations in 2006.

An extensive two-phase restoration took place from 2009 to 2014. Today, its exterior and interior reflect the vibrant colors and layout that Mrs. Eddy would have known. For articles, photos, and videos about the project, please visit the Lynn Restoration page on this website.

Click below for a virtual tour of the Mary Baker Historic House in Lynn!

Tour is paired with and starts at the Mary Baker Eddy Historic House in Swampscott, Massachusetts.

May 1 – October 31. Currently closed for the season.

Tours at the Mary Baker Eddy Historic Houses will be by appointment only this season. To make a reservation for a tour, please call 800.277.8943 x100 or message us.

$10.00 suggested donation for the combined tour. Longyear members and children under 12 are free.