This is the first in a three-part series about the growth of the Christian Science church in Concord, New Hampshire.

“I wish that in the ear of every son and daughter of New Hampshire,” politician Frank West Rollins wrote in 1897, “might be heard whispered the persuasive words: Come back, come back!”2

Mr. Rollins was speaking to those who, although born and bred in New Hampshire, had left their native state in order to travel west or work in urban cities. The abandoned farm towns and loss of the best and brightest was heartbreaking to Rollins. “Do you not hear the call? What has become of the old home where you were born?” he asked. “Do you not remember it—the old farm back among the hills, with its rambling buildings, its well-sweep casting its long shadows, the row of stiff poplar trees, the lilacs and the willows?”3

Two years later, after becoming New Hampshire’s governor, Rollins inaugurated Old Home Week to help revitalize the state’s municipalities and economy, and to restore unity and prosperity.4 During the last week of August 1899, 44 towns across the state celebrated the new festival with parades, bands, bonfires, baseball games, poetry-readings, dances, dinners, pie-eating contests, picnics, pageants, speeches, fireworks, and an elaborate display of patriotic décor throughout town. Not surprisingly, the biggest celebration took place in the capital city of Concord. What was surprising was the number of Christian Scientists who chose to attend.5

“An unheralded and very interesting feature of the Old Home Day celebration was the bringing to Concord of several hundred Christian Scientists from various points of New England,” reported the Concord Evening Monitor.7 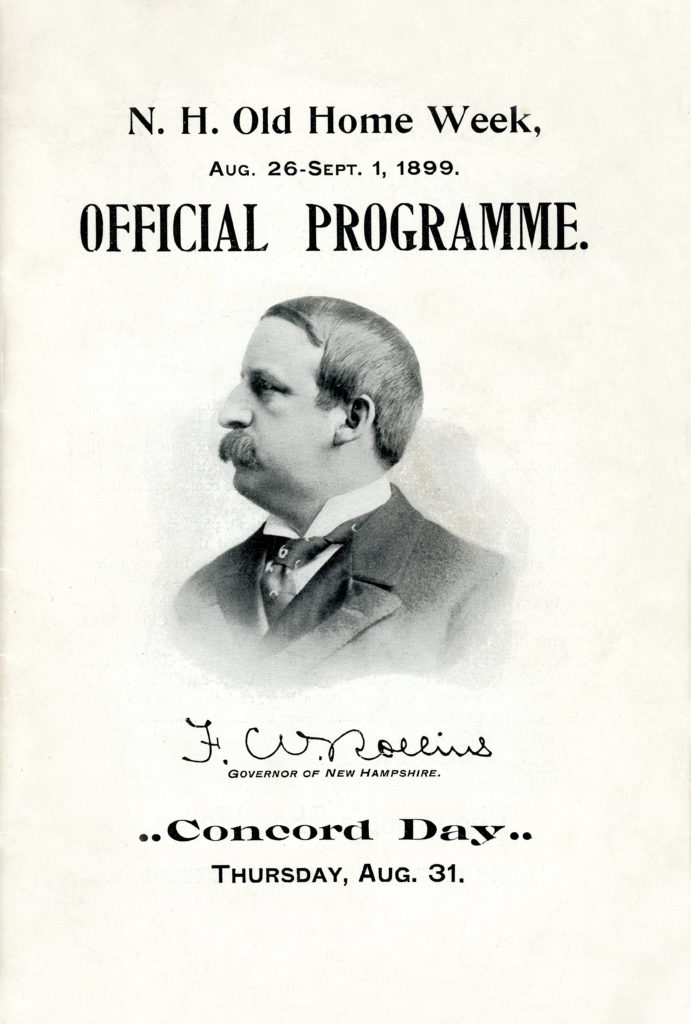 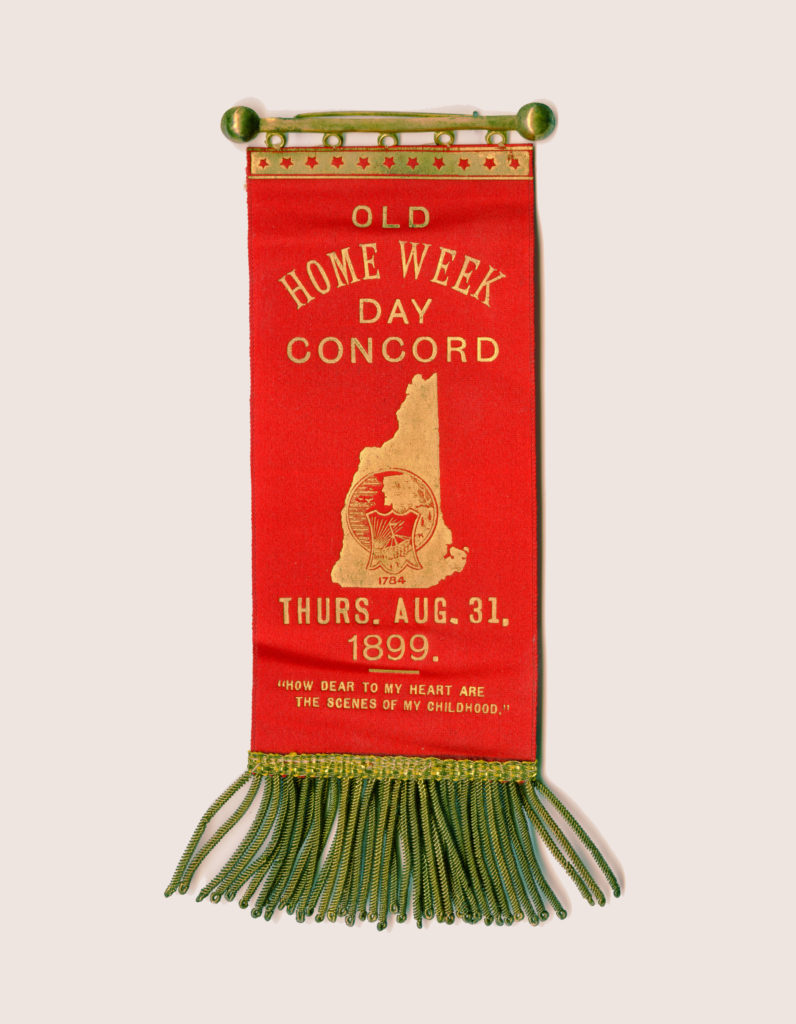 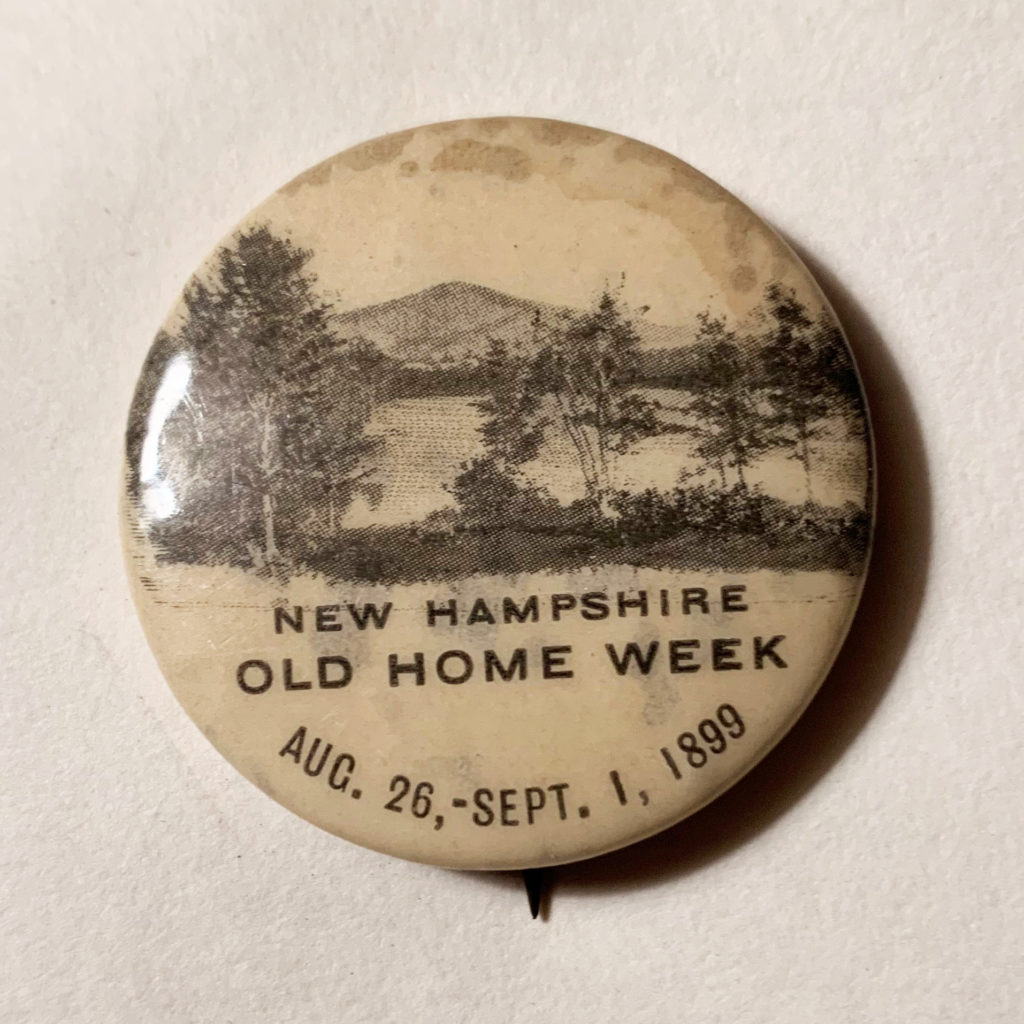 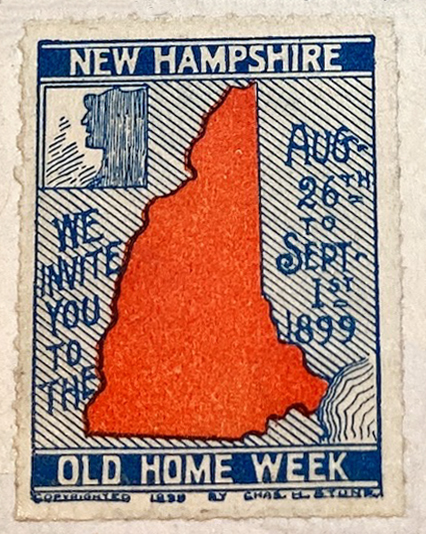 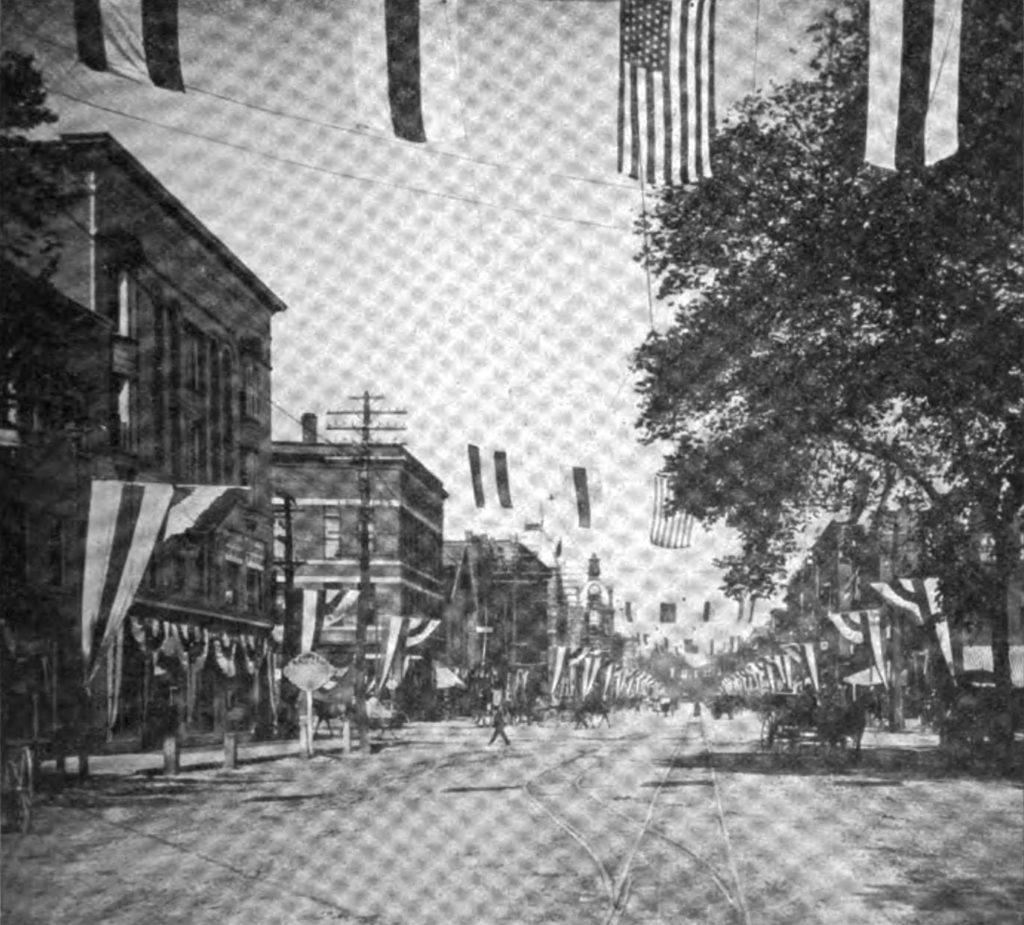 The suddenness with which the invitation was sent and accepted by Christian Scientists was impressive. At 4 p.m. on Wednesday, August 30, Mary Baker Eddy sent an invitation to the Christian Science Publishing House in Boston. The news spread like wildfire—“by special messengers, verbally, and by telephone and telegraph”—so that those who were able could catch the 6:40 a.m. train from Boston to Concord on Thursday morning.8

On arrival, the visitors were met by Rev. Irving Tomlinson, who led the group to Christian Science Hall, which was located on the corner of North State and School Streets, along one of the principal parade routes. The hall, which had been planned and paid for by Mrs. Eddy in 1897 as a gift to the growing number of Christian Scientists in Concord, was decked out with flags and bunting for the occasion, “with Mrs. Eddy’s permission,” Rev. Tomlinson explained.10

“The time was filled in an impromptu reunion about the hall and under the trees on the little lawn,” the Monitor reported. A number of visitors signed the guest book. When the Old Home Day parade passed by Christian Science Hall, the group applauded. Governor Rollins, at the head of the march, returned their greeting with a salute. And the reporter noted that when the “fantastically dressed bicyclists” cycled past, the visitors were very amused.11

They also enjoyed viewing the decorations that had been put up by many local Christian Scientists who lived along the parade route. Mrs. J. H. Moore’s house on State Street, where Tomlinson and his sister, Mary, resided, received third prize for the best decorations.12

That afternoon, the 500 or so visiting Christian Scientists traveled to Pleasant View, Mary Baker Eddy’s home on the outskirts of the city. There they spent two hours exploring the beautiful grounds before receiving a greeting from Mrs. Eddy as she started off on her daily carriage ride.13

Minnie Erwin of Boston was one who joined the throng of Christian Scientists in Concord on that special day. “All was good,” she wrote, “the gathering in the beautiful Christian Science Hall, where we were permitted to go in and out as we pleased; the sharing of the patriotism of the day; the interchange of Christian Science thought; the singing of [Mrs. Eddy’s] dear ‘Shepherd Hymn;’ the harmony and uplifting that came at Pleasant View as we roamed through the fields or sat on the grass talking lovingly together; the glimpses of [Mrs. Eddy’s] peaceful face as she stepped into her carriage. Then, later, the gathering again at the Hall and [Mrs. Eddy’s] presence for a few short moments. . . .  It was a happy day and we came home inspired with new hope, courage, and strength.”14

Mrs. Eddy was supportive of the event from the outset, entering “heartily into the plans of Governor Frank Rollins for making it a success.”16 In June, she had donated $1,200 (some $38,000 in 2019 dollars) to a building fund for an auditorium in Concord large enough to accommodate the thousands who might flock to future celebrations.17

“Mrs. Eddy’s is the largest single contribution thus far made to the Auditorium Fund,” a newspaper wrote, “and by it she furnishes another signal proof of that generous public spirit which has already been manifested in so many ways toward Concord and the interests of our people.”18

This “signal proof” of Mrs. Eddy’s “generous public spirit” towards her beloved town of Concord came on the heels of a $5,000 (approximately $159,000 in 2019) gift to help pave Pleasant Street, and even more importantly, her gift of Christian Science Hall.19

This is part one of a three-part series. The second article looks more closely at Christian Science Hall and the third focuses on First Church of Christ, Scientist, in Concord, New Hampshire.