On June 28, 1900, a letter was delivered to Maurine Campbell. “The three ‘Busy Bees’ of Concord are anxious to send you a picture,” it read in part. “I hope it will reach you in good condition.”1

It did, and Miss Campbell kept both the letter and the picture as treasured mementos.

Who were the “Busy Bees” and why was this young trio — Wendell, Edith, and Milan Piper — from New Hampshire’s capitol city so anxious to send along this photograph? Was there something special about the pair of beautiful white swans it pictured gliding across the surface of the water?

The birds were a gift from Mary Baker Eddy to her adopted hometown for the pond in White Park.2 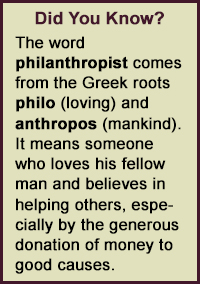 Growing up in Concord, young Wendell, Edith, and Milan would have been familiar with Mary Baker Eddy, the woman who discovered Christian Science. They were students in the local Christian Science Sunday School. They may have visited Pleasant View, her home on the outskirts of the city. And they may have seen her ride by in her carriage on one of her daily drives. Perhaps she’d even tossed them some of the candy and treats she liked to share with children on those rides!

A few years earlier, the three Piper children had joined the Busy Bees, a group of Christian Science Sunday School students from around the world who banded together to help contribute to the building of Mrs. Eddy’s church in Boston.3 Organized by Miss Campbell, the young philanthropists came up with many creative ways to earn money for their donations. Mrs. Eddy hinted at some of them in a letter of thanks she wrote to all the busy bees, whom she called her “dear little friends”:

Only think that sometime I may go into this Church — look at its massive walls, and try to think how many doll dresses, how many paper bags of popcorn, how much candy it took, how much shoveling of snow, carrying up wood, yea, how many loving, tireless tasks the dear children cheerfully performed to help build the first Church for Christian Science in Massachusetts.4

The Piper children’s generosity no doubt grew out of their gratitude for Christian Science. It may also have been inspired in part by Mrs. Eddy’s own example. She loved to give! Her philanthropy was well-known in Concord, and her present of the graceful swans was just one of many contributions that she made to her hometown and its citizens.

Mrs. Eddy’s gift for giving stretched all the way back to her own childhood. In the 19th-century farming family in which she was raised, generosity and good deeds were a part of everyday life. Friends and neighbors supported one another through tough times, doing what they could to help. Like most other New Englanders at the time, the Bakers were earnest Christians who loved their Bible and tried their best to follow its teachings. Young Mary would have grown up taking to heart such familiar verses as “God loveth a cheerful giver,” and Jesus’ counsels “It is more blessed to give than to receive” and “Freely ye have received, freely give.”5

She also had her own parents as an example.

“My childhood’s home I remember as one with the open hand,” Mary would later write. “The needy were ever welcome….”6

Her mother Abigail was always ready to help a sick neighbor,7 and her father Mark was equally generous, even making shoes for the children of a poor local family.8 At Christmas time, he filled their farm wagon with food to give away. “Every present was nicely done up and there was something for every needy neighbor,” Mary recalled.9

So it was natural for Mary to follow in her parents’ footsteps — sometimes to their exasperation, as when she repeatedly gave away items of clothing — hat, mittens, and even her coat — to less fortunate students at school.10

Mary was well known in her family for her kindness and generosity. In fact, her father even teased her sometimes, knowing how much she loved giving to others. When the Baker children went gathering nuts on the property, for instance, he’d say “Now, who pities father?” when they returned home — and tender-hearted Mary would always turn over her entire basket to him.11

Throughout her girlhood and as a young woman, Mary struggled with illness. Her search for health eventually resulted in a healing, through prayer alone, of the after-effects of a serious accident. This led to her discovery of Christian Science, which she shared with the world through her book Science and Health with Key to the Scriptures. She used the laws of God she discovered to teach others to heal as Jesus did, and eventually founded a church.

Many years later, Mrs. Eddy moved back to New Hampshire. She settled in Concord, close to where she’d grown up in Bow. Over the nearly 20 years that she lived in the city, she earned a reputation for her philanthropy. She supported local businesses and local events, including Old Home Week and the Concord State Fair. She gave money to the Y.M.C.A.12 She donated flowers from her garden at Pleasant View to the Daughters of Veterans to use on Memorial Day,13 provided fresh fruit and a fish dinner for soldiers,14 and saw to it that a holiday dinner was sent over to neighbors who had been out of town and returned too late to cook their own.15 Her gifts were both large and small, public and private, and they touched the hearts of her neighbors and fellow citizens.

One of Mrs. Eddy’s causes were the roads in Concord, which were unpaved and in terrible condition when she first moved there. One spring, a wagon carrying a load of lumber got stuck in the mud right in front of Pleasant View. That was the last straw!16 Mrs. Eddy gave money to Concord to help pave the roads, a loving gesture that earned her the city’s gratitude.

When Mrs. Eddy visited the Concord State Fair in 1901, the Governor of New Hampshire gave a speech to the crowd praising her for her generous support of the fair and her gift of shoes to the city’s needy children — a gesture perhaps inspired by memories of her own father’s gift to the poor family in Bow.

“The noble, good woman who has done so much to beautify these grounds and buildings, and who is to be with us to-day,” Governor Chester B. Jordan said proudly, “has given another evidence of her generosity in giving to the children of your city over two hundred pairs of shoes.”17

Eventually, Mrs. Eddy left Concord and moved back to Boston to be closer to her church headquarters. The city was sad to see her leave. Official letters were sent expressing regret at her leaving and appreciation for her generosity over the years. One local newspaper reported, “Mrs. Eddy’s removal from Concord to Brookline, Mass., is a distinct loss for Concord, and for that matter, for the State.”18

For the rest of her life, Mary Baker Eddy would continue to give generously to causes that needed her help. Meanwhile, back in Concord, the swans would remain on White Pond for everyone to enjoy — including Wendell, Edith, and Milan Piper — as a visible reminder of the “cheerful giver” who loved helping others.

Longyear summer intern Elle Miller contributed to the research and writing of this article.